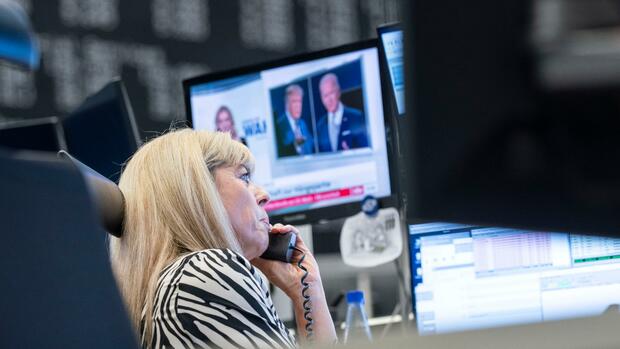 So closed the Dax on Friday with 13,921 points, although below the mark of 14,000 points. But on a weekly basis, it recorded an overall increase of around one percent. Because the good news also fired economic hopes in Germany at times and even let the Dax rise to a record high of 14,197 points last Wednesday.

Nevertheless, the latest positive US labor market report put the stock market under pressure: After the good job data, the yields on US government bonds rose even further at times, making bonds a serious investment alternative.

This trend could continue into the coming week. According to Ibrahima Kobar, chief investor at asset manager Ostrum, the rise in government bond yields should only have a minor impact on the financial markets if it is “linked to an economic upturn”. “But if interest rates continue to rise for fear of overheating or inflation, the markets could stumble.”

Martin Lück, who works as chief investment strategist for Germany, Austria and Eastern Europe at Blackrock, the world’s largest asset manager, also points out that bond yields have so far risen below average compared to inflation expectations. “The result is that real interest rates, which have fallen further, speak in favor of an overweighting of equities.” Economists understand real interest rates as the nominal interest rate minus the inflation rate.

With this in mind, investors are now eagerly awaiting the meeting of the European Central Bank (ECB) on Thursday. The ECB is likely to express its concern about developments in the bond market Commerzbank-Analyst Michael Schubert. “She will probably increase the weekly volume of her bond purchases – and thus possibly not wait until the meeting.”

In the past few days, leading ECB bankers have emphasized that if necessary, counteract an undesirable rise in bond yields with increased security purchases.

In the US, Federal Reserve Chairman Jerome Powell had reaffirmed his commitment to loose monetary policy and further securities purchases at his most recent appearance at the end of last week. But investors probably missed statements that would have indicated that the Fed would intervene in the bond market.

On the one hand, rising bond yields mean higher financing costs for states and companies. For banks, on the other hand, this tends to improve business with loans and fixed-income securities. That’s why stocks in European banks were among the biggest winners on Friday. The share of the German bank for example, rose by over three percent on Friday.

The oil price has also been on the up again recently. North Sea Brent rose 4.9 percent over the past week to a 14-month high of over $ 69 a barrel. On Thursday, “Opec +” agreed to extend the current funding restrictions. In addition to the members of the export cartel of the oil-demanding countries, the group also includes other producing countries such as Russia, Kazakhstan and Oman, with which the organization cooperates because the world market share of the OPEC countries is continuously falling.

Since experts expect that the global economy will soon recover more strongly from the consequences of the coronavirus pandemic, the price of Brent could rise to over $ 80 by the summer, estimates analyst Edward Moya from brokerage company Oanda.

The rising oil price encouraged investors to join oil and gas companies. The STXE 600 Oil and Gas industry index has risen by over four percent to 263.57 points since last Monday.

The accounting season is coming to an end

At the end of the accounting season, the German postal service, the auto supplier Continental and the sporting goods manufacturer Adidas present their business results. Among other things, the opens abroad SAP-Rival Oracle his books.

With a view to the USA, Ulrich Stephan, chief investment strategist for private and corporate clients at Deutsche Bank, draws a positive preliminary balance of the reporting season there: “For the first time in two years, earnings per share rose faster than the corresponding sales. Obviously, many companies have succeeded in increasing their efficiency during the crisis. “

Shares in classic economic stocks such as Daimler, BMW or VW, as well as chemical stocks like Covestro and BASF. Technology stocks – actually the big winners of the corona crisis last year – are currently suffering losses. The German technology index TecDax lost 3.76 percent within the past week, while the US counterpart Nasdaq 100 lost 1.86 percent.