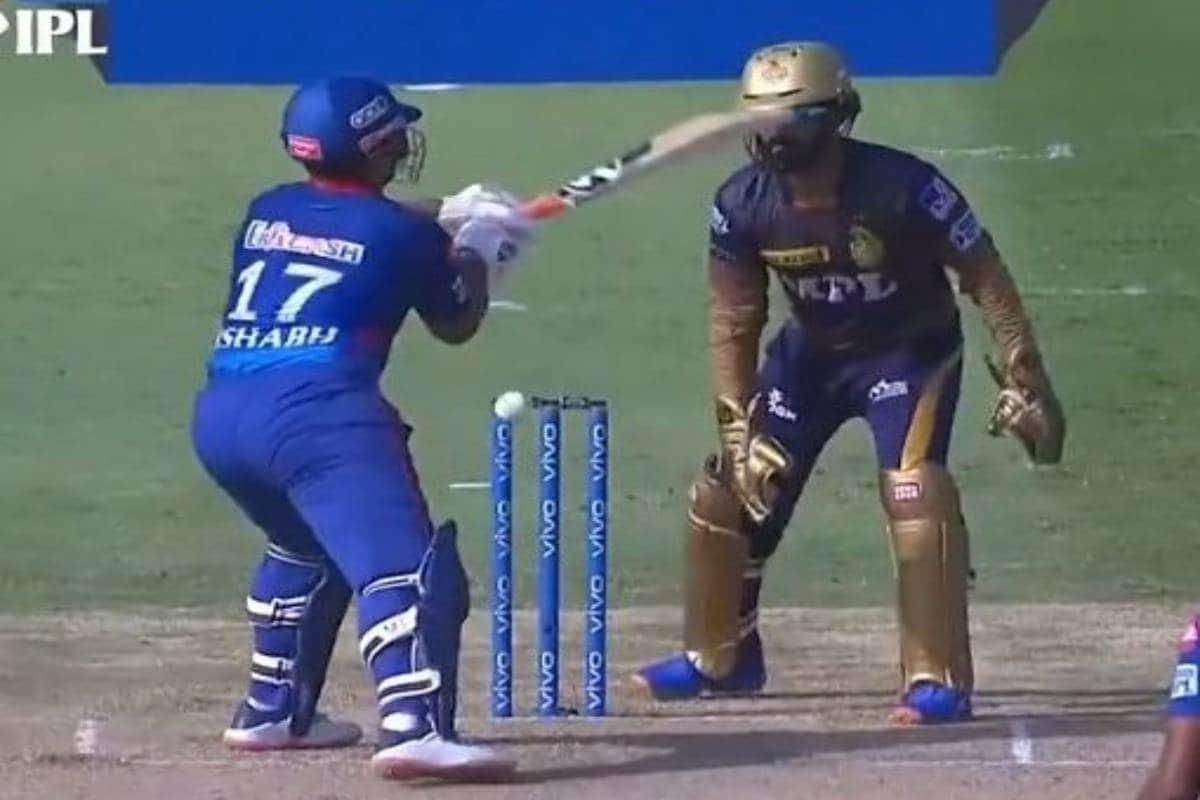 Footage of another incident during the match went viral on social media. Cricket fans now see it as an interesting event, but it would not have happened if it had changed in a second or two.

The incident took place in the 17th over when Varun Chakraborty bowled. In the first ball of the over, Delhi captain Rishabh tried the ball for a big shot but the edge of the bat bounced off the crease. Fearing that the ball would hit the stumps, Rishabh threw the ball with the bat and tried to hit the ball. However, Dinesh Karthik, who was behind the wicket, came forward and tried to bowl but the Delhi captain did not notice. The only way to avoid the accident was because Karthik evacuated in time.

If he had not turned back at that moment, the bat would have hit Karthik in the head. Had that happened he would have had to withdraw not only from this match but sometimes even from the tournament.

It was clear from the look on Karthik’s face that he was not happy at all. Soon after, Rishabh approached Karthik and apologized and shared their friendship with him.

Kolkata won the toss and elected to bat, beating Delhi by seven sixes. Nitish Rana, who was unbeaten on 36 off 27 balls with two fours and two sixes, led Kolkata to victory.

Kolkata won the toss and elected to bat.