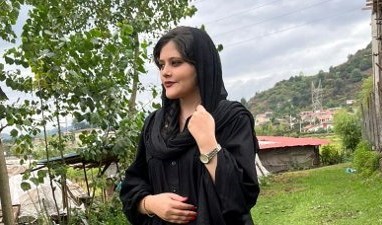 The general director of Forensic Medicine confirmed that there are no signs of beatings on the girl’s body, nor a skull fracture.

The general director of Forensic Medicine of the Iranian capital, Tehran, Mahdi Forosh, confirmed this Wednesday that there are no traces of blows and wounds on the head and face of Mahsa Amini, the young woman who died a few days ago in a police station in the Persian capital.

There is misleading information about the case of Amini rrelated to blood in her ears and a crack at the base of her skullbut forensic medicine confirms that there are no signs of a tumor in his eyes or skull fracture, Mahdi Forosh stated.

He also added that, during the autopsy, No bleeding or rupture of his internal organs was observed. and detailed that Mahsa Amini underwent brain surgery at a Tehran hospital in 2006.

However, he explained that it takes time to determine the cause of death, after which the official report will be filed.

On Tuesday, Iranian Foreign Ministry spokesman Nasser Kanaani commented on US and European interference in the case of the young Iranian woman, Mahsa Amini. “These countries, which have a long history of provoking wars and dealing with violence globally, lack the legitimacy to advise others on human rights.”

Last Saturday the Iranian police released a video taken by surveillance cameras, documenting Amini’s last moments inside the police station and There is no evidence of any violent altercation between the police and the young woman.

Senegal: justice confirms the sentence of Barthélémy Dias, mayor of Dakar, to two years in prison, including six months firm