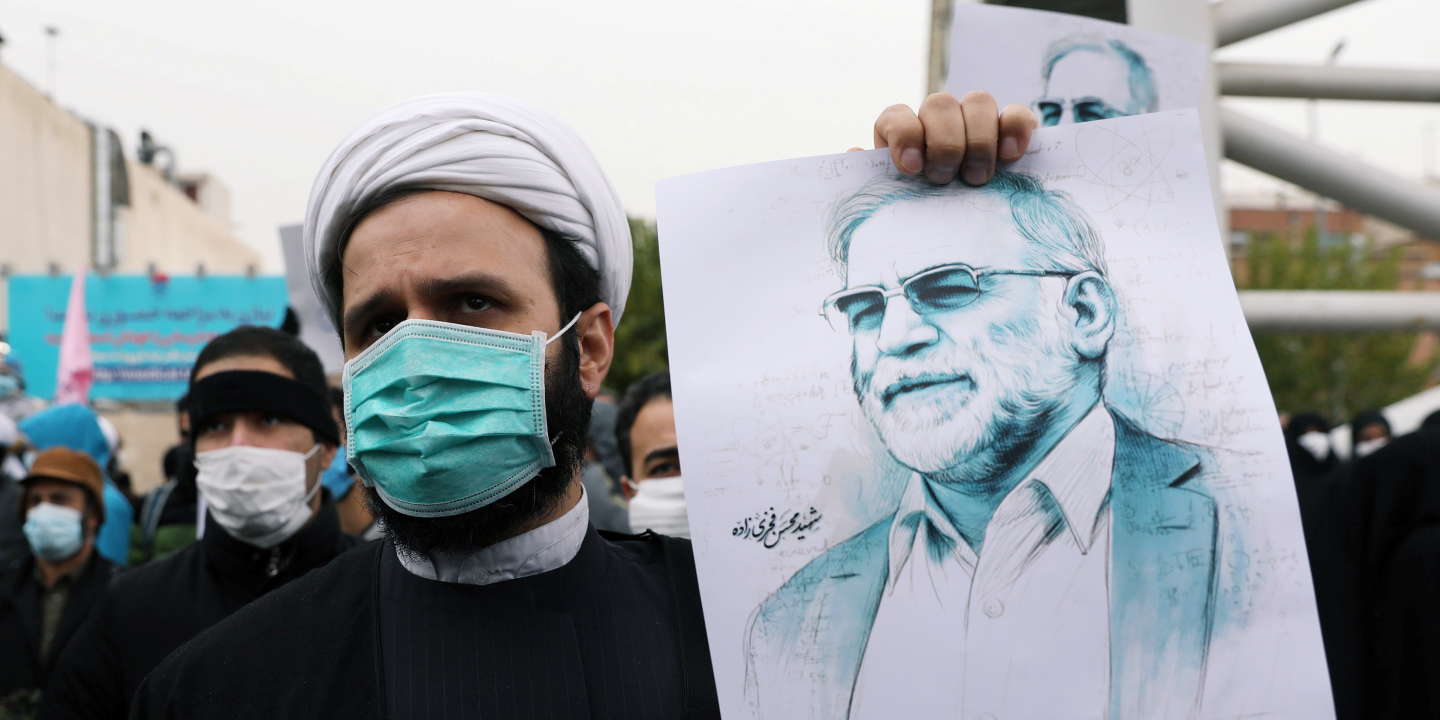 Tehran reflects Sunday on the response to be given to the assassination, attributed to Israel, of Mohsen Fakhrizadeh, a prominent Iranian nuclear physicist, to whom the authorities pay special religious tribute before his burial on Monday, November 30.

In the Iranian Parliament, the deputies unanimously signed an appeal to avenge the scientist. In a statement, they also called for the adoption of a law by which Iran would cease allowing the International Atomic Energy Agency (IAEA) to inspect its nuclear facilities. However, it is the Supreme National Security Council that has the upper hand over decisions on the nuclear issue.

Mohsen Fakhrizadeh was killed in a vehicle bomb attack on Friday, followed by a shooting at his car, according to the Iranian defense ministry. The victim was presented as the head of his research and innovation department, responsible in particular for “Atomic defense”. For its part, Israel presented him as the head of a secret military nuclear program, which Tehran has always denied.

After a special ceremony in two of the main Shiite holy places in Iran (in Mashhad, in the northeast, and Qom, in the center), his remains were to pass through the mausoleum of Imam-Khomeini, in Tehran, for a new tribute. According to state television, the funeral is scheduled for Monday in Qom.

Iran accused Israel of being behind Fakhrizadeh’s death

President Hassan Rouhani asserted that the Hebrew state thus sought to sow « chaos » and promised a response ” right in time “. But he also warned that Iran would not fall into the “Trap” stretched, according to him, by Israel.

Since the announcement of Joe Biden’s victory in the American presidential election, Mr. Rouhani has multiplied the signs of openness showing his desire to save what can be saved from the nuclear agreement. This international pact offers Tehran relief from international sanctions in exchange for guarantees, verified by the IAEA, intended to attest to the exclusively peaceful nature of its nuclear program.

US President Donald Trump, who made Iran his pet peeve, unilaterally pulled his country out of the deal in 2018, three years after the pact was signed in Vienna that Israeli Prime Minister Benjamin Netanyahu did not. stopped fighting.

Sanctions imposed or reimposed by Washington plunged the Iranian economy into a deep recession and prompted Iran to suspend the application of most of its commitments, but not the access granted to IAEA inspectors.

Mr. Biden said he wanted to bring the United States back into the Vienna agreement. But he will have little time between taking office (January 20) and the Iranian presidential election (June 18), for which the conservatives are favorites after their landslide victory in the February legislative elections at the expense of the alliance of moderates and reformers. supporting M. Rohani.

On Sunday morning, November 29, the Speaker of Parliament, Mohammad-Bagher Ghalibaf, pleaded for “A strong reaction” likely to ensure « dissuasion » and « vengeance ». A press release signed by all the deputies judges that “The best answer” facing the acts of “Terrorism and sabotage” Israel, the United States and their allies, is “Revive Iran’s glorious nuclear industry” by ceasing to apply the IAEA additional protocol.

Call to destroy the Israeli port of Haifa

Under the terms of the Vienna Agreement, Tehran agreed to comply with the requirements of this document providing for unrestricted access for IAEA inspectors to its nuclear facilities, even before its ratification by Parliament. Since Friday, the most ultra-conservative Iranians have been shouting haro on Agency inspectors. “Not only will we ban their visits, but also their interviews with experts or scientists”, thus declared the deputy Mahmoud Nabavian to the Tasnim agency.

According to him, Mohsen Fakhrizadeh could be “Identified” through “The enemy”, either by “Intelligence work”, either by “Interviews” that he could have given to the IAEA, and it is necessary “Cut all tracks” allowing Iranian scientists to be targeted.

But Behrouz Kamalvandi, spokesman for the Iranian Atomic Energy Organization, told the Islamic Republic News Agency (IRNA) on Saturday that the issue of inspectors’ access should be addressed. “Decided at the highest levels”, suggesting that it was not the responsibility of the deputies.

In a violent editorial, the ultra-conservative Iranian newspaper Kayhan called for an attack on the Israeli port of Haifa, so as to “Totally destroy its infrastructure” and to cause many deaths if he is “Proven” that Israel is behind Fakhrizadeh’s death.