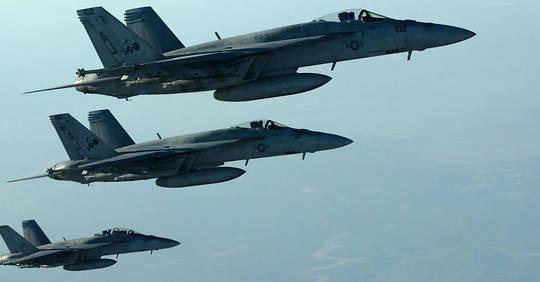 The United States’ response will not be long in coming. The U.S. military launched a series of raids on Iraqi Helzbollah bases on Sunday. Two days ago, for the first time, an American lost his life in Iraq after a rocket attack. The American strikes targeted bases and stocks of this pro Iran armed faction located on the border between Iraq and Syria. A total of fifteen fighters, including commanders, were killed Sunday evening during the operation. In two months, several rocket attacks have targeted American interests in Iraq while Washington is now politically absent subscribers.

Since October 28, eleven attacks have targeted Iraqi military bases where American soldiers or diplomats are stationed, as well as the American embassy in the ultra-secure Green Zone of Baghdad. The first ten attacks killed and injured Iraqi military personnel and damaged property, but Friday’s attack marked a turning point. Not only did it kill an American subcontractor, but for the first time, 36 rockets were fired on a single base where American soldiers are stationed, an American source reports.

For several of these attacks, American sources accused the Hezbollah brigades, one of the pro-Iran factions of the Iraqi Hashd al-Chaabi, a coalition of paramilitaries formed to fight the jihadists and now integrated into the Iraqi security forces. Hezbollah’s brigades, powerfully armed, trained and financed by Iran, operate partly within Hashd and partly independently, notably in Syria, where they serve as auxiliaries to the forces of Bashar al-Assad’s regime.

See Also:  Deported because of the Superspreader Christmas party in Sydney

Attacks on American interests or pro-Iranian bases have raised concerns over what Iraqi leaders have been warning about for months: that their two American and Iranian allies are using their soil as a battlefield. Today, however, the balance of power has changed in the country, where 5,200 American soldiers are still stationed.