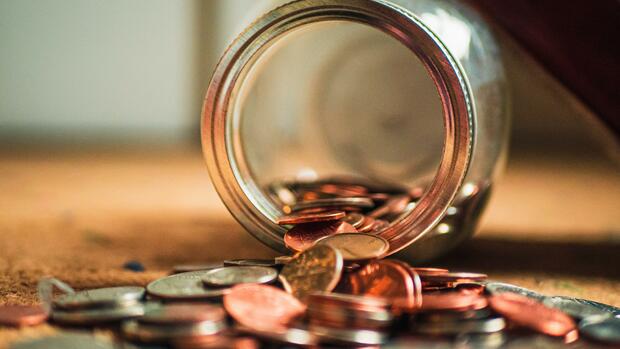 Düsseldorf What is not all regulated: So even the allowance is fixed when civil servant technicians climb antennas: From 20 meters there is an allowance of 1.53 euros in Lower Saxony, from 300 meters it is already 9.20 euros. If the antenna is repaired, there is an extra 1.53 euros. And between November and March, the employer pays a quarter on top.

These eventualities may not affect the majority of officials. But they show that everything is stipulated in civil service laws and salary tables – basic salary, level of experience, family allowance, separation allowance or allowances for “service at unfavorable times”. There is only one thing that the regulations cannot answer: Is it worth becoming a civil servant?

There is no general answer to this, the range of civil servants’ pay is too wide: It starts with a judicial officer who receives a basic salary of around EUR 2,400 at level A5, and leads up to state secretaries who earn around EUR 14,600 per month at grade B 11 – Surcharges not included.

A specific example can therefore best be used to show whether service with the state pays off: The Handelsblatt model calculation is about a law student with a distinction. In one case he makes a career as a civil servant, in the other in the private sector.

Both times, the paths in life are exactly the same: The lawyers enter professional life at the age of 27, marry at 31, become fathers for the first time at 33 and again at 35. They retire at 67 and die at 85.

The calculation simulates a life that thousands of people in this country lead. Since academics have a longer life expectancy, they live longer in the model than the average German.
Admittedly, the comparison between the lifetime income of a civil servant and that of an employee from the private sector is difficult, as most civil servant jobs have no counterpart in the private sector.

And yet there is the model calculation that the Quirin private bank on behalf of the Handelsblatt has created interesting insights into the earning potential of the civil service – and the differences to the economy.

“In our model, we assume very good career paths,” says Dennis Buchmann, asset advisor and financial planner at Quirin-Privatbank in Hamburg. The civil servant model lawyer works in the Federal Ministry of the Interior, starting as a government councilor at salary level A 13 (53,400 euros annual gross salary). His earnings do not only increase with the level of experience. At the age of 36 he becomes a team leader and moves up to A 14, at 52 he becomes a department head and earns around 80,000 euros gross in A 15.

In business, the lawyer starts with a small company with a gross salary of 46,000 euros, and at the age of 29 changes to a medium-sized company with 500 employees, where he already earns 63,000 euros. There he first rose to the position of team leader and later to head of the human resources department, with a gross salary slip of 115,000 euros. The employee changes his job once and makes a jump in salary in order to take into account the fact that there tend to be more career options in business than in the state.

And who made more money by the end of their lives? “In this example, from a financial point of view, it does not matter which career path is chosen,” says Buchmann. The employee in the economy has a net life income of 2.7 million euros, his civil servant counterpart only 31,500 euros less.

If both died at the age of 86, the officer would have received even more net money, said Buchmann. A career as a civil servant can therefore also be financially worthwhile, especially if the person concerned reaches old age.

The example calculation shows what applies to all civil servants: civil servants must first reach retirement in order to be able to fully utilize their privileges. The employed lawyer earned almost 2.3 million euros net before retirement and the civil servant only 1.9 million – 350,000 euros difference. But in retirement, the civil servant quickly catches up, his arrears are getting smaller and smaller due to the pension payments and at the end of the day it sinks to 31,500 euros.

The reason: While normal pensioners receive part of their average lifetime earnings, civil servants after 40 years of employment, as in this case, receive 71.75 percent of the average gross income of their last two years of work. In the Handelsblatt model, the civil servant receives an annual pension of 40,000 euros. That is 23,000 euros more than the employed lawyer.

Civil servants receive 28 percent of their net lifetime income during their retirement, while lawyers from the private sector receive only 15 percent. The figures show: Germany’s public servants, they enjoy the wealth of their ages.

Big differences between gross and net

And significantly more net than gross. An example: In their mid-40s, the employee earns around EUR 87,000 gross, of which EUR 45,800 remains. The civil servant lawyer has a similar amount of net money, his gross salary is only 65,000 euros.

The reason: unlike the civil servant, the employed lawyer has to pay social security contributions. His contributions to private health insurance are also higher because the public servant only has to insure 50 percent of his illness risk, in old age and with two children even only 30 percent. The civil service allowance pays the majority from taxpayers’ money.

In this specific case, a career with Vater Staat is also financially lucrative. But it is also clear: the steeper the career, the greater the likelihood of earning more in business. There “salaries are not capped upwards – unlike in civil service,” said Buchmann.

For his calculation, the investment advisor at Quirin-Privatbank used salary tables, salary comparisons and pension calculations. To make the comparison easier, the lawyers are privately insured in both cases. For the sake of simplicity, Buchmann ignored inflation and automatic annual salary increases.

Just like company pensions that large corporations offer for their employees. Then the employee would have been better off in old age. If he had also made private provisions with his net salary surplus, his assets, conservatively estimated, would have increased by half a million euros.

At least under these conditions, a career in business would be more lucrative. The advantage of being a civil servant, however, remains: civil servants can rely on their money without having to make provisions. The pensions are safe – like the allowances when officials climb antennae.

More: Civil service instead of start-ups – why more and more people want to work for the government