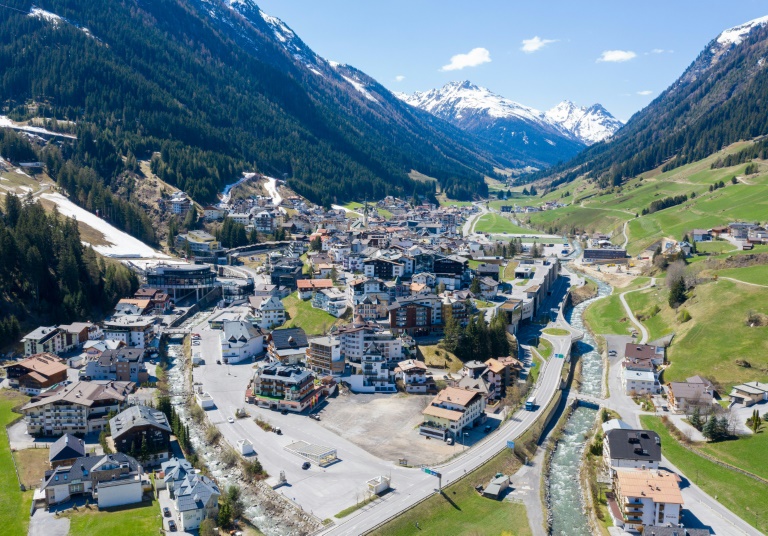 Friday opens in Vienna the first trial in a long series brought by families bereaved by the Covid-19 in the Austrian Alps at the very beginning of the pandemic, and which point to the responsibility of the authorities.

More than 6,000 people from 45 countries say they or their loved ones were infected in or around the upscale resort of Ischgl due to neglect and chaotic management in March 2020.

The hearing, which is due to start at 10:00 a.m. (08:00 GMT), inaugurates a judicial marathon for a sprawling case: about fifteen legal actions have already been identified.

The judges will look into the complaint lodged by the Austrian Sieglinde Schopf. It was a year and a half ago: her husband for almost 50 years was leaving to join the snow-covered slopes of the Tyrol resort, from which the virus spread like wildfire in Europe.

At the station, Sieglinde Schopf remembers hugging him for the last time. A few weeks later, Hannes, a 72-year-old avid skier, died of Covid-19, alone in a room at a hospital near Vienna.

“My world has collapsed”, confided in April to AFP the septuagenarian who still blames herself for having encouraged him to make a getaway. “I cannot forgive myself because in the end, I sent him to death.”

His lawyer Alexander Klauser believes the list of breaches is long.

According to a report of independent experts, a first alert issued on March 5 by Iceland, which was alarmed at the return of contaminated tourists to Ischgl, was ignored. Skiers continued to crowd into the cable car cabins, while the evening was in full swing in the valleys.

“On March 8, it was clearly established that the tourist staff of Ischgl had contracted the virus, but this time again the reaction was too weak, too slow, too late”, denounces the lawyer, while the virus blazed already across the border in Italy.

He believes that everything has been done to minimize the formation of a cluster and allow the season to continue as if nothing had happened.

A few days later, Conservative Chancellor Sebastian Kurz decreed local lockdown and asked thousands of tourists to vacate the scene within hours, which victims and their loved ones said precipitated the disaster.

Sieglinde Schopf is convinced that her husband was exposed to the virus during this evacuation. She is claiming 100,000 euros in damages from the state.

“What the civil parties want is that the Republic of Austria admits its responsibility – we have had no sign of this so far”, explains Me Klauser. This refusal “prolongs” the suffering of relatives, he insists.

Among the thousands of people affected, about 5% have suffered from a long Covid, with headaches, sleep disturbances and shortness of breath. A total of 32 people died, according to the VSV consumer association which brings together the procedures.

While expressing their sympathy for the victims, the authorities deny any failure, considering that they acted in the state of knowledge at their disposal at that time.

Contacted by AFP, the prosecutor’s office, which represents the state, refused to “comment on an ongoing procedure”.

In this scandal, five people, including Werner Kurz, the mayor of Ischgl, are the subject of an investigation for “intentional or negligent administration of a communicable disease having damaged the physical or mental integrity of others”.

The public prosecutor’s office in Innsbruck, the capital of Tyrol, forwarded the case to the Ministry of Justice, without knowing whether criminal proceedings will ultimately be initiated.