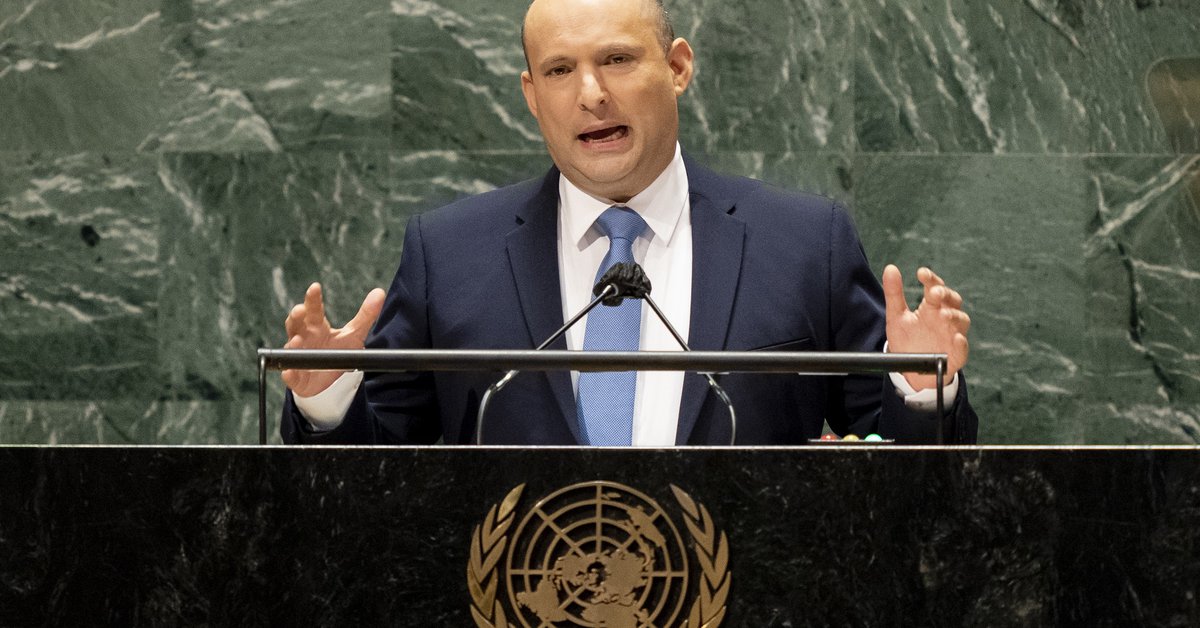 Israel denounced this Monday to the UN that Iran violates international agreements on its nuclear program and intends to dominate the region through terrorist groups that it supports.

“In recent years, Iran has made a great leap forward. Iran’s nuclear weapons program is at a critical point. All the red lines have been crossed. Ignored inspections. All illusions have been proven false “said Prime Minister Naftali Bennett in his presentation to the General Assembly, where he reiterated his promise to prevent Tehran from being a nuclear power.

“Iran is violating the IAEA (International Atomic Energy Agency) safeguard agreements and is getting away with it. They harass the inspectors and sabotage their investigations and get away with it. They enrich the uranium up to 60 percent, which is one step less than the material suitable for making weapons, and they get away with it, “claimed the president.

On Sunday, the IAEA director general, Rafael Grossi, denounced that in the TESA Karaj complex, near Tehran, the agency “did not receive access to install new surveillance cameras” or “to confirm that it has not been resumed in that workshop” the production of some compounds from centrifuges.

According to the Israeli premier, it is necessary to increase the pressure because “words don’t stop the centrifuges from spinning”.

“Iran’s nuclear program has reached a tipping point, as has our tolerance”, He warned. Also, he considered that Iran “is much weaker, much more vulnerable than it seems.”

Regarding extremist organizations that receive support from the Persian regime and threaten Israel, Bennett mentioned Hezbollah, Shiite militias, Islamic Jihad and Hamas. “These terrorist groups seek to dominate the Middle East and spread radical Islamism around the world. What do they all have in common? They all want to destroy my country, and they are all backed by Iran. They get their funding from Iran, they get their training from Iran, and they get their weapons from Iran. Iran’s grand objective is very clear to anyone who cares to open their eyes: Iran seeks to dominate the region – and it seeks to do so under a nuclear umbrella.”

In addition, he stressed that Iran put into operation this year “a new deadly terrorist unit”, referring to the formations of drones armed with lethal arsenal. “Iran has already used these deadly UAVs – called Shahed 136 – to attack Saudi Arabia, US targets in Iraq and civilian ships at sea, killing one Briton and one Romanian. Iran plans to arm its proxies in Yemen, Iraq, Syria and Lebanon with hundreds and then thousands of these deadly drones. “