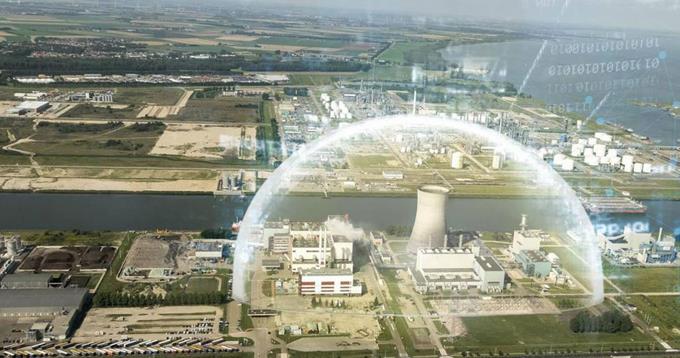 The Dominican-Haitian border has always been at the center of diplomatic relations between both nations, with the irregular migratory flow being a contentious point for both parties.

For this reason, the need to improve surveillance of the island’s dividing line has been a frequent topic for the Dominican authorities. The Luis Abinader administration has already presented an alternative to the problem: modernize the border by establishing a kind of “technological perimeter” to stop the illegal entry of undocumented persons along the dividing line.

This idea was touched by the Chancellor of the Republic, Roberto Álvarez, while reading the points agreed between Presidents Luis Abinader and Jovenel Moise, after the meeting they held two weeks ago. There, Álvarez simply referred to the commitment of the Dominican Republic and Haiti to deploy “cutting-edge technologies” that allow us to eliminate the scourge that is the illegal transfer of people from one neighboring country to another.

Later, during his participation in the Listin Diario Breakfast, the official explained that the Israeli company, Rafael Advanced Defense Systems, is designing a pilot project to establish a technological perimeter on the border.

But what is the story Rafael? Rafael, (also known as Raphael, acronym in Hebrew for Armaments Development Authority), is a defense technology company, and has its roots more than 70 years ago with the Ministry of Defense of Israel.

It was founded as the National Research and Development Laboratory of that country, in order to strengthen the defenses and improve the weapons of the army. At the beginning of the new millennium it was restructured as a state company, after operating during the 1990s with multimillion dollar losses.

How does it operate? “The company has been at the forefront of advances in defense, cybernetics and security solutions for air, land, sea and space,” indicates this company’s portal, highlighting its extensive catalog of services. Regarding border protection, Rafael offers his services under different modalities, among them the Sisdome, a “suite made to measure for border defense”, which according to Rafael allows users the possibility of locating, analyzing and counteracting the possible threats that show up at the border.

Among the benefits of this system is the collection of information in real time from a specific area, 24-hour monitoring, and the high adaptability of the system to the whim of the operator.

There is also the SISCOM, defined as “the heart of Rafael’s security solutions and systems”, this system provides protection not only for borders, but also for energy facilities, seaports, coasts and offshore sites.

Despite the multiple possibilities offered by Rafael in terms of border defense, the foreign minister said that the success of the project will be determined by the human quality that is controlled by technology.

“Because if you don’t have someone that when there is a breakup … then that’s where you need the proper human response,” he said. In addition to the technological influx on the border, the agreement between Haiti and the Dominican Republic seeks to reduce trafficking and human trafficking, the flow of weapons, drug trafficking and the theft of livestock, among other illicit activities.