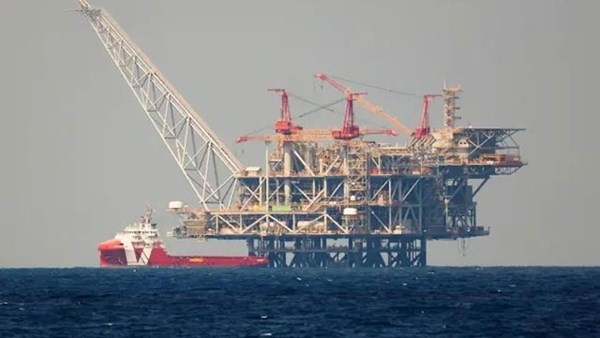 Israeli media assert that “when there is a transitional government”, “the event of launching marches in the direction of Karish is not easy.”

In response to the launch of 3 drones by the Islamic Resistance in Lebanon (Hezbollah) yesterday towards the Karish gas field in the sea, Israeli media said, “The problem with Israel is how it will respond, and how it will act.”

Or Heller, a military commentator for Israel’s Channel 13, stated that “the first option is to put this incident (the launch of the marches yesterday) into account and prepare for the next incident and for the next operation by Hezbollah.” in Lebanon or Syria and risk an escalation.”

He continued, “When there is a transitional government, this is not an easy event, but there is no doubt that we are facing an event that requires us to protect the gas platforms, especially Karish, which will start operating in September.”

This comes as Israeli media reported that “military experts are skeptical of the Israeli army’s claim that it has prior information about the launching of marches by Hezbollah.”

And the Israeli media quoted the experts as saying, “If the army has information, why did one of the marches reach a distance of a few miles from the platform?”

AndThe Islamic Resistance in Lebanon announced yesterday, SaturdayIt launched 3 unarmed drones in the direction of the maritime area disputed with the occupation in the territorial waters of occupied Palestine and Lebanon, at the Karish field, stressing that they were “on reconnaissance missions,” and that “the drones accomplished the required mission, and delivered the message.”

For his part, the former head of the Israeli Military Intelligence Division “Aman”, Maj. Gen. Amos Yadlin, said that Hezbollah “undermines Israeli control in the sky and sets a new equation.”

Yadlin indicated that “Hezbollah wanted yesterday, Saturday, to humiliate Israel on the first day of the new prime minister,” by carrying out an air show over the Karish field.

Yadlin called for looking at the “Mediterranean incident from a broader perspective, as an attempt by Hezbollah to challenge the Israeli control over Lebanese airspace.”

Yadlin continued, “For the time being, it is advisable to be satisfied with options that do not include an escalation of the confrontation (with Hezbollah), but the continued attacks will require Israel to carry out operations, which could also lead to an escalation.”

The Israeli reserve general, Asher Ben Lulu, also indicated that “Hezbollah is not embarrassed”, indicating that it is pleased with the achievement on the level of awareness.

Ben Lulu added: “The Karish platform has turned into a target,” noting that “the focus should now be on the Israeli response, which prevents thinking of another attack.”

And Israeli media reported that “the drones launched by Hezbollah towards the Karish platform are intended to send a message to Israel that they must respond to our demands.”

AndThe Israeli Wallah website wrote That “the fear in the security establishment is from further attacks by Hezbollah,” noting that “Israel faces a problem in how to respond, and it has two options, either preparing for the next operation, or risking an escalation with Hezbollah.”

And the site saw that “Hezbollah’s operation carries with it important repercussions on the maritime border demarcation negotiations, and the scope of forces that the Israeli army will now devote to protecting the area and confronting other threats.”

He continued, “This is in addition to compromising the sense of security among the workers at the Karish gas platform, who have learned today a clear example of what Hezbollah is capable of doing if it decides to change the target of the drones from surveillance to attack, and even to launching missiles against the platform.”

Israeli media also indicated thatHezbollah has much more important capabilities From the ability that was demonstrated yesterday, whose primary objective was to deliver a message and not necessarily to harm,” adding that “the last word in the battle over economic waters has not yet been said, and is expected to continue.”

The widow of the Qing Dynasty came out on the first couplet “the horse painted on the wall cannot ride” The second couplet made her blush with anger | Novelty | Sanli News Network SETN.COM