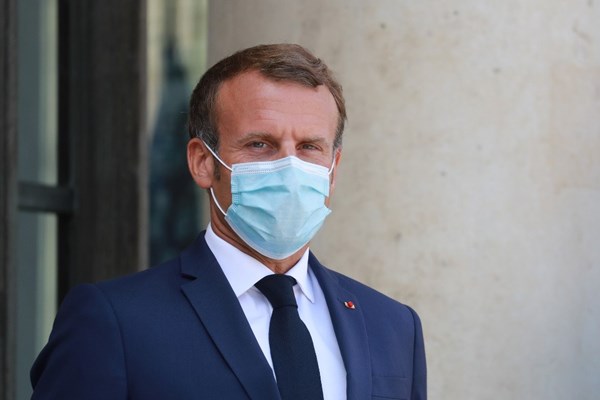 A senior official in the Israeli company “NSO” denies the allegations of the French newspaper “Le Monde”, and confirms that French President Emmanuel Macron was not a target of the “Pegasus” program.

A senior NSO official said Wednesday that French President Emmanuel Macron was not targeted by the controversial Pegasus programme, adding: “I can assure you with certainty that President Macron was not a target.”

“We continue to strive to establish the facts, so it takes time to review everything. Targeting a journalist or activist with a similar program is automatically considered abuse,” said Haim Gelfand, an official at the Israeli company. “There are some cases that have been uncovered that are bothering us.”

For its part, the press freedom organization Reporters Without Borders called on the Israeli government on Wednesday to impose an immediate ban on the sale of the Pegasus program.

The French newspaper “Le Monde” She said “The French president, along with 15 ministers in the French government, were subjected to espionage operations through the Israeli Pegasus program for the benefit of Moroccan intelligence.”

According to the investigation, Morocco, through Pegasus, “spying on the smartphones of French politicians and journalists, as well as human rights activists in Morocco, including the imprisoned activist Omar Radi.”

On Tuesday, French radio reported that King Mohammed VI and those close to him are among the owners of the numbers listed on the Moroccan intelligence lists, which are targeted by the “Pegasus” program, in detail that bears significant indications regarding the extent of the espionage area associated with the case.

for his part, announce Morocco is taking a “legal, judicial and international effort to stand up to any party seeking to exploit these false allegations”, related to publishing media reports indicating that it may be involved in the use of the “Pegasus” spy program.