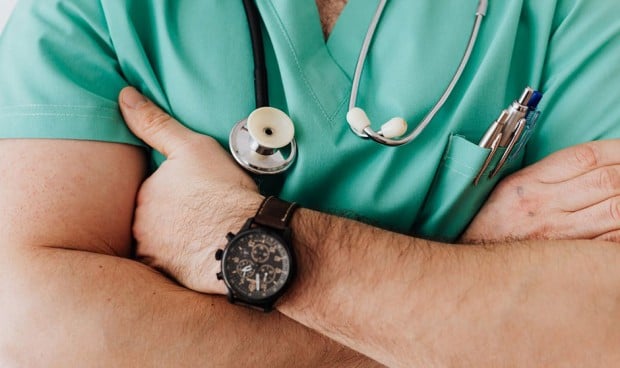 A few days ago thousands of students took the university entrance exams that will allow them to access their studies based on the average grade they obtain. A percentage of these may have in mind to study Medicine, and although there are physicians who love the profession, they may also encounter obstacles and problems for which they consider that this degree is not “worth” studying.

This is the case of a third-year resident of Family and Community Medicine who, although he likes very much “the diagnosis, the treatment with the patient, seeing how they improve with the treatments …” also hates many things around.

Those who know me know that I love Medicine. I love the diagnosis, the treatment with the patient, seeing how they improve with the treatments … I love that. But I hate a lot of things around. So many that I’m beginning to think it’s not worth it. (2/16)

“No doctor can say that the pandemic has not affected him. We are all much more “haters” than before. But is it because things have changed or because we have realized that before they were already wrong? Really, there have been no major changes, “this MIR begins by explaining that Covid-19 is not the reason for their discomfort.

“And things are the same. We have an Expert Degree in destroying students’ mental health. Six years in which specialists for each of the body’s organs are made by memorizing and memorizing things that are rarely applied later “, argues Rubén Blanco.

It is very difficult to combine studying medicine and working

In addition, he explains that it is very difficult to be able to study and work at the same time, “in order to get some savings”, or even to be able to pay for it, a situation in which university students can find themselves. Nor does it consider that it is possible to “carry out another degree simultaneously. Let the priesthood be noticed from day one“.

“The MIR is nonsense”

“But later? There is the private option. It would be a good option. if enough was really known to provide quality care. But it’s not like that. And there it appears. The EBAU 20.0. The MIR. The path to becoming a specialist The MIR has become nonsense. They ask about diseases of one case in a million and they do not ask whether it is better to give paracetamol or ibuprofen to a certain patient. An infinite agenda that forces to be as in a cloistered convent for 7 months.

“But once after the MIR, everything is fine, right? Hopefully. The postMIR becomes a lottery in which a computer algorithm decides what will happen to your future working life based on some lists that you make about places and specialties that you often don’t even know, “explains this doctor, anticipating that the situation does not improve during residency.

“But once after the MIR, everything is fine, right?” If only. The postMIR becomes a lottery in which a computer algorithm decides what will happen to your future working life based on lists that you make about places and specialties that you often don’t even know about. (8/16)

The residency is based on “the same thing happened to me, you hold on”

“You enter a hierarchical association in which it gets messy by year of residence. A culture based on ‘the same thing happened to me, so you hold on’. The freed slave who becomes a slaveholder“says Rubén.” Those at the top fill their mouths talking about quality, people management, motivation … How good it sounds. But hierarchical deafness is there. How will what the resident says be taken into account? You just got tired of complaining about the bad things and being the bad guy in the movie. “

No fixed place and 24-hour guards

Once the residency is finished, “around the age of 30”, the next step is to become attached and “chain temporary contract until you get a fixed place in the oppositions. That if they take them out, which many times is not like that. And to wait at 55 to stop doing watch duty. “

Finally, around the age of 30 you become an associate. To chain temporary contracts until you get a fixed place in the oppositions. That if they take them out, which many times is not like that. And to wait at 55 to stop doing watch duty. (11/16)

Given this, he adds that “the feeling after working 24 hours straight cannot be described, and we play with human lives under those conditions. “

Against this background, Rubén explains that along the way he makes friends and “you will have very good times.” In addition, the “feeling of a job well done is probably one of the most comforting that a worker can have. “However, he ponders if he deserves to go through such a hard road.” Worst of all, not a hard tool. I realized late that no. I insist. Few like medicine more than I do. ”

Thus, he sends a message to those people – who like his ’18-year-old excited self’ – will not be convinced by his words to change their mind. “Who Forewarned is forearmed. This is not a bed of roses. This decision will mark your life, and it will not always be for the better. ”