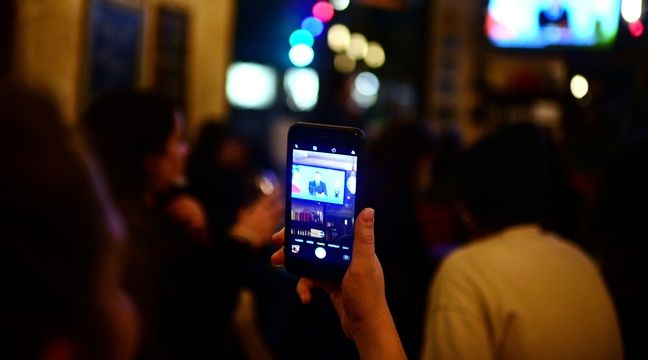 Everyone feared it, Emmanuel Macron announced it this Wednesday evening during his speech: France will re-define itself. Less than two weeks after the establishment of the curfew for 46 million French people, the executive is moving up a gear. Faced with the exponential progression of the coronavirus epidemic, the president presented new restrictive measures. “The virus is circulating in France at a speed that even the most pessimistic forecasts had not anticipated”, and “unlike the first wave, all regions are in a situation of alert”, specified the Head of State in the preamble of his speech.

“We are overwhelmed by the sudden acceleration of the epidemic”, “overwhelmed by a second wave which will probably be harder and more deadly than the first”, he insisted, stressing the urgency of giving “today a sudden brake on contamination ”. From this Thursday evening, the entire territory will be reconfigured, for a period of at least four weeks, which the executive will extend if the epidemic curves do not weaken sufficiently. The objective: “to protect the oldest, the most fragile”, “the youngest”, as well as “our caregivers”, “the most modest” and finally, “the economy”, enumerated the Head of State . From Friday, bars, restaurants and non-essential shops will be closed, but unlike the first confinement, this one “will be adapted”, and the French will be able to continue to go to work, go to school and visit their elders in Ehpad.

Will these measures be sufficient? Are they taken on time? “We should not have waited any longer,” believes Pascal Crépey, epidemiologist and biostatistician at the School of Advanced Studies in Public Health (EHESP) joined by 20 Minutes. But the effectiveness of these new measures depends on what the French are ready to accept ”.

A minimum four-week confinement, was it the most suitable measure in the face of the progression of the epidemic? Isn’t it too late?

It depends on three things: where we start from the point of view of the epidemic, the effectiveness of containment to control infections, and where do we want to arrive. In practice, the longer the confinement, the more the circulation of the virus will decrease, as we observed in March. If this re-containment is as effective as in the spring, it takes a minimum period of time to return to tenable thresholds, so four weeks, that’s about the time needed to achieve it, to ensure that the transmission chains are broken and to reduce the number of new hospitalizations and intensive care admissions.

From an epidemiological point of view, it is obvious that the earlier one applies strong measures, the more effective they are. If the containment had been announced two weeks ago, rather than the curfew, we can imagine that we would have saved time on the epidemic. But the question that really arises is: are the people ready to accept such a strong measure today? The French know why the government has put in place a curfew: to reduce contact between people and break the chains of transmission of the virus. However, they adapted their behavior and just shifted the schedules of their outings, without necessarily reducing their individual contacts. A strong, binding measure, if it is not accepted, loses a lot of effectiveness.

But what is certain given the progression of the epidemic is that it would not have been necessary to wait another week. The challenge now will be to prepare for deconfinement now, so that the circulation of the virus remains stable, that we can succeed in controlling it.

Many clusters have been declared in middle and high schools since the start of the September school year. Is it a good idea to keep back to school in a few days? Wouldn’t it have been necessary to re-define strictly as in March?

We know that children under 10 are less sensitive to the virus, they tend to transmit the virus less.

Students, high school and college students are contaminated either among themselves, during meetings with friends, or by members of their family. So very often outside of school. From the moment there is re-containment, their social interactions will be drastically reduced, and the virus will naturally circulate less in middle and high schools. And this thanks to the barrier measures that are already applied: the wearing of a mask, physical distancing or the ban on large gatherings.

These measures have already made it possible to partially control the dynamics of the epidemic, with a reproduction rate of the virus, R0, which is today 1.5 instead of 3 if no barrier measures were applied. So today, we need to go a step further, but not necessarily to go as far as confinement as strict as in March to manage to lower this R0 below 1. Walking is a a little lower. Especially since we have learned a lot about the methods of transmission of the virus, which means that the health protocols and barrier measures are more effective than in March.

Those who cannot telecommute will continue to commute to work. How to manage asymptomatic people and how to screen more effectively?

The right instinct is for everyone to consider themselves either as a vulnerable person or as an infected person: by taking as many precautions as possible and by constantly respecting barrier gestures.

The other way to be involved in the fight against the coronavirus epidemic is to be very attentive and reactive: if you or someone you know has tested positive, you must start listing your contact cases for them. prevent and tell them to isolate themselves and get tested. Today, the contact tracing system is effective but not foolproof. Emmanuel Macron said it during: 100,000 contact cases are called every day by the health authorities, but the level of the epidemic today means that there are holes in the racket. You have to know how to isolate yourself and get tested if necessary.

Unlike the first confinement, visits to nursing homes will be possible. Was it important?

I repeat, we have learned a lot about the modes of contamination of this virus, the health protocols are much more effective. We also see it with caregivers, who today are no longer infected in the hospital.

So when the protocols are respected and if all the barrier measures are applied, there is no epidemiological reason to prohibit visits to nursing home residents.

The government has at least four weeks to prepare its deconfinement strategy. How to organize it better than the last time?

The deconfinement was not a failure: it worked between May 11 and the end of June. During this six-week period, the epidemic was under control, the curves were down. Then, collectively, behaviors changed, there was a relaxation in barrier gestures with the summer, and from July, the number of contaminations started to rise again, especially among young people. And in recent weeks, with the onset of bad weather, we suffered the winter boost earlier than expected. It favors influenza epidemics and winter respiratory illnesses because we stay more often and for a long time in confined and poorly ventilated spaces. So the Covid-19 epidemic is on the rise again.

And this is where we will have to think about deconfinement: today, the urgency is to break the dynamics of the epidemic. Then, if we want to deconfin and release the pressure, we will have to maintain sufficiently strong and effective measures to at least stabilize the contaminations. This will require a tracing system and more efficient and rapid tests. And by using the right tools, to be informed quickly if you have been in contact with an infected person. Hence the importance of downloading the TousAntiCovid application. We know that the 50 million French people with a smartphone will not all download it, but if at least 20 million do this, there will be real effects, with faster contact tracing and chains of contamination avoided.