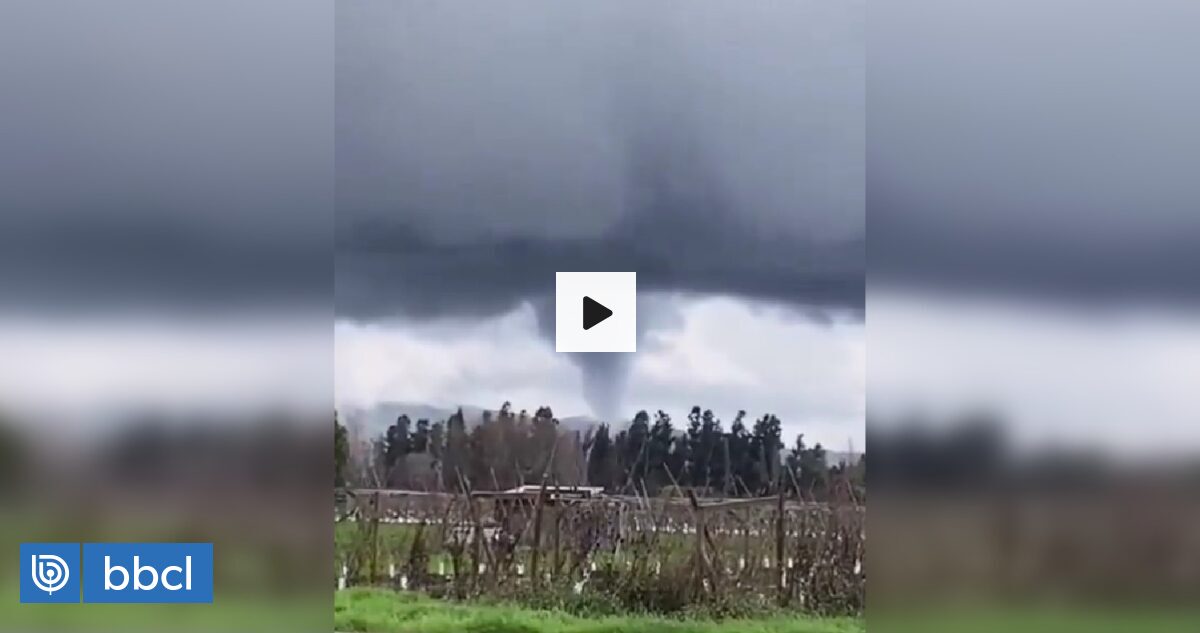 A tornado would have been registered this Friday in the commune of Peralillo in the midst of the intense wind registered in the area. The situation caused damage to a photovoltaic plant, damage to trees and power outages.

An unusual phenomenon was recorded this Friday in the commune of Peralillo, in the O’Higgins regionwhere the intense wind caused structural damage to trees and power outages.

The situation occurred in the afternoon, where the wind detached panels from a photovoltaic plant.

Several users reported what happened on Twitter, describing the phenomenon as a tornado.

Hypothesis that was confirmed by the non-profit NGO Geoscientific Network of Chilefrom where they specified that “by collecting more data and photographs, we have confirmed that the phenomenon that occurred in Peralillo (O’Higgins) is a tornado”.

⚠️🌪️ UPDATE: By collecting more data and photographs, we have confirmed that the phenomenon that occurred in #Peralillo (#OHiggins) is a tornado.

Damage to structures, trees, and power outages were reported.

More cautious, meanwhile, was Alejandro Sepúlveda, a specialist in Meteorology, who via Twitter indicated that “Thanks to records from people in Peralillo, it can be estimated that it could be a tornado that affected the area.”

In addition, he added that the specialists cannot continue depending on witnesses and that weather radars are urgently needed.

🌪 Thanks to records from the people at #Peralillo #Colchagua it can be estimated that it could be a tornado that affected the area.

The issue is that the specialists cannot continue depending on the “witnesses”.

It should be noted that the O’Higgins region is with Preventive Early Warning for the occurrence of wind of normal to moderate intensity in sectors of the coast, the coastal mountain range and the mountain range.

What is a tornado?

According to Onemi, a tornado is “a local meteorological phenomenon (eolo-meteor), which occurs in a very specific area of ​​the territory. It occurs during high intensity storms and can last from minutes to hours. It is characterized by having a circular movement and the shape of an elongated funnel (or a rope), which descends from the base of a vertically developing cloud (cumuliform)”.

Similarly, it is specified that “the winds associated with a tornado can exceed 100 to 300 km/h, which makes this phenomenon the most intense and with the greatest destructive capacity at the atmospheric level.”

Letter to my daughter | The Journal of Montreal