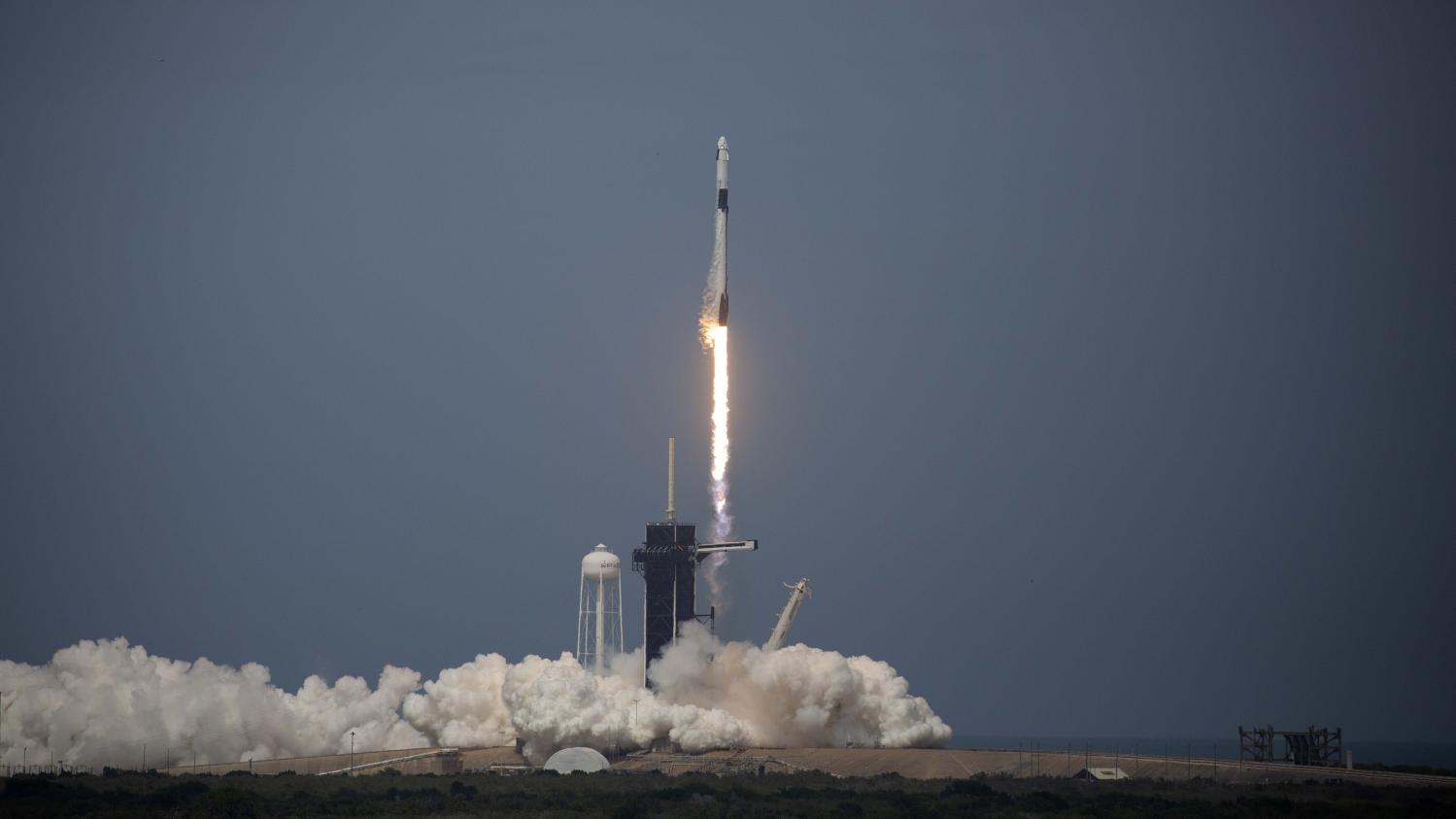 The Falcon-9 rocket successfully took off on Saturday at 9:22 p.m. French time. “A perfect technical success”, reacted on Franceinfo the French astronaut.

“It’s a new era that begins”, reacted Saturday 30 May on Franceinfo Patrick Baudry, French astronaut who flew in the American shuttle Discovery in 1985, after the successful takeoff of the Falcon-9 rocket from SpaceX in Florida, with two American astronauts on board. The Falcon 9 shuttle is scheduled to arrive at the international space station on Sunday, May 31. It is the first manned flight from the United States since 2011, as well as the first flight entrusted by NASA to a private company, SpaceX, created by the Canadian billionaire Ellon Musk.

“This new era in which we have entered with this SpaceX rocket, and especially with the vision of Ellon Musk, it is an era in which we will finally be able to approach or even reach our dreams”, said on Franceinfo the French astronaut. “I’ve been Ellon Musk for 18 years now. Tonight, it was a real pleasure to see that NASA trusted him to get the United States back on foot in an inhabited space, he continued. It’s a perfect technical success, with a rocket that costs a fifth of an equivalent Ariane rocket. “

Mass is said, and now we will continue to move forward, and this is what I have dreamed of for 30 years.Patrick Baudry, French astronautat franceinfo

Patrick Baudry insisted on the “serious mistake of Europe” not to have bet on manned flights. “I’ve been saying it for 15 years. This Europe is not the Europe I dreamed of twenty or thirty years ago. We worked on Hermes, which was a manned space vehicle, between 1986 and 1992. We would have had to make this European manned space vehicle. Everything stopped because we were dealing with politicians who have no vision. Where is the vision for the future today, when we talk about the European space? I must admit, to my great shame, that I have given up hope a bit in Europe. It’s very sad “, concluded the French astronaut.