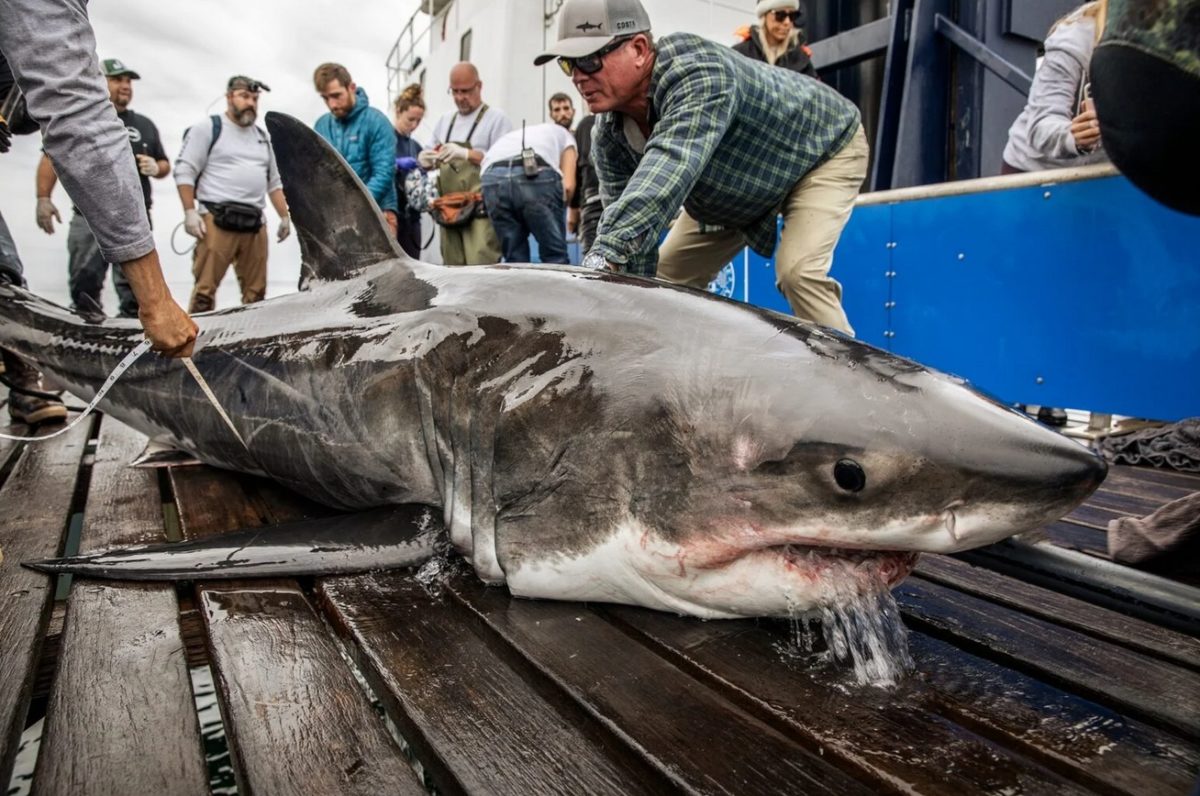 Just in time for the one-week spring break in the USA, the legendary “Spring Break”, thousands of party-goers are moving south again. Especially in Florida, many students are expected to celebrate wild parties on the beach. But some will be careful – because the sunny state also has another visitor. A great white shark has been moving in the waters off Florida for several days.

The great white shark, which is about 3.7 meters long and weighs almost 750 kilos, was tagged with a transmitter in September. At the time, he was still in the waters around Canada’s Nova Scotia peninsula. Hence its name: “Scot” is what the American media calls the great white shark.

Since September, Scot has been migrating further and further south, with a few breaks. He covered a distance of more than 5,000 kilometers in about five months. The shark sent its last “ping” from the southernmost part of Florida, just off the Gulf of Mexico.

Sharks are of great importance to ecosystems

It was marked by employees of the non-profit organization OCEARCH, which is dedicated to protecting the world’s oceans. They mainly mark large marine animals in order to be able to track their movements. The presence of large animals such as sharks, turtles or whales provides information about the health of an ecosystem. According to OCEARCH, great white sharks are “central to ecosystems and biodiversity.” Scot is already the 74th great white shark that OCEARCH has tagged. You can visit the organization’s website on a map track how the marked animals have moved.

According to the IUCN, great white sharks are classified as “Vulnerable”, and some stocks are even classified as “Critically Endangered”. It is currently being evaluated whether some regional populations should even be considered “threatened”. Shark populations around the world are under threat from human influence, for example from the shark fin trade.

Scot, the great white shark off Florida, is already a large animal at 750 kilos, but the predatory fish can get significantly heavier. An adult great white shark can weigh up to two tons and be six meters long. The fish are among the biggest predators in the oceans. They only have one direct predator in the food chain: the orca.

Shark attacks on humans are rare

Luckily, despite the expected 600,000 visitors at this year’s Spring Break, it’s unlikely that any of them will meet Scot. According to the Florida Fish and Wildlife Conservation Commission, you are about 30 times more likely to be struck by lightning than to be killed by a shark attack.

Still, Florida had the highest number of shark attacks on humans in the world last year, with 28 reported cases. That’s more than the rest of the country (with 19 cases) and even more than other parts of the world, which have 26 cases.

Recently there was a tragic incident in Australia: In February, a great white shark killed a swimmer off Sydney. Since people are not directly interesting prey for great white sharks, attacks by these animals are usually accidental because the shark mistakes the silhouette of a swimmer or diver for that of a seal, for example.

A hundred unmanned stores will set up in the region