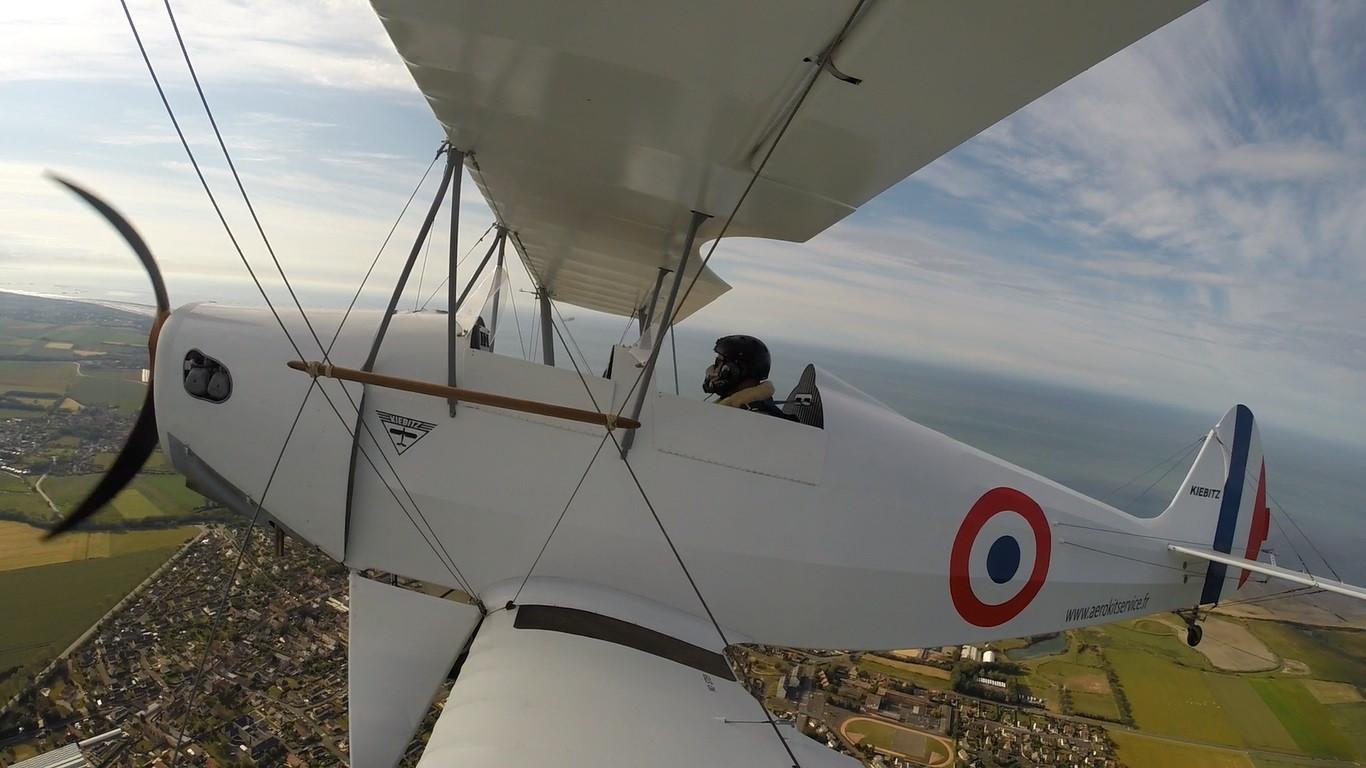 So why not fly over the Normandy countryside this summer aboard a biplane? Meet at the Argentan flying club, 49 km from Alençon, for a ride above the Orne, a department rich in national forests.

We board a replica of a Kiebitz biplane from the 1930s. “I offer flights of 25 minutes, 45 minutes or 1 hour 15 minutes”, details pilot guide Alexandre Grieve. This one wishes to immerse its passengers in the era of the airmail. That’s why we put on a flight suit and a Saint-Exupéry period leather jacket!

In this ultra light device, nature lovers travel up the Orne valley; architecture enthusiasts fly over the Haras-du-Pin and several castles in the Orne (Sassy …), while historians observe the routes taken by the Allies to surround the German army, from August 18 to 21, 1944, on the battlefield of the Falaise pocket. “As the Franco-American troops took the city of Argentan, from where we start, we observe the roads they took, what forests and villages were crossed … I replace the events seen from the sky.”

And then in Auvergne in Puy-de-Dôme, we set off on the electric vélorail of the Fades viaduct. Launched last summer, it is installed on a rehabilitated railway line which uses the Lapeyrouse-Volvic railway line, which was closed in 2007.

From the old station of Ancizes, and for 39 euros, we can take a maximum of 5 aboard a locomotive. Let’s go for 15 km round trip!

The site manager, Christophe Faivre explains that “the outward journey is descending. We descend to the viaduct and cross three tunnels, one of which is a large one over 300 meters long. Then, we arrive on the viaduct which is 132 meters high and we turn around. . On the descent, you go at 25 km / h and when you go up, thanks to the electric assistance, we are at 15 km / h. ”

As for the landscapes, we are spoiled! The viaduct overlooks the Sioule river and the Fades dam. We also drink in the hilly and wooded landscapes of the Combrailles region, north-west of the Massif Central.

The equipment is transported from the village of Burzet (25 km from Aubenas) by engaging fellow travelers. “We offer 1 donkey for 4 people. We limit the trek to 12 people, so to small groups. There are a maximum of three donkeys on the course.”

Alongside the guide Olivier Mathis, we walk through the pasture areas and forests of the Ardèche mountains, between 1,000 and 1,753 m above sea level, breathing in the scent of wild tulips.

“This whole set is punctuated by lots of small peaks which are ancient volcanoes, explains the mountaineer. Most of them are domes with rather atypical shapes. For example, Mont Gerbier de Jonc looks like an ogive or sugar loaf head. While the Mont des Cousses is completely flat. A flat mountain is also surprising! “

In the evening, we sleep in tipis-tents in the spirit of trappers. This 5-day hike-bivouac costs 590 euros.