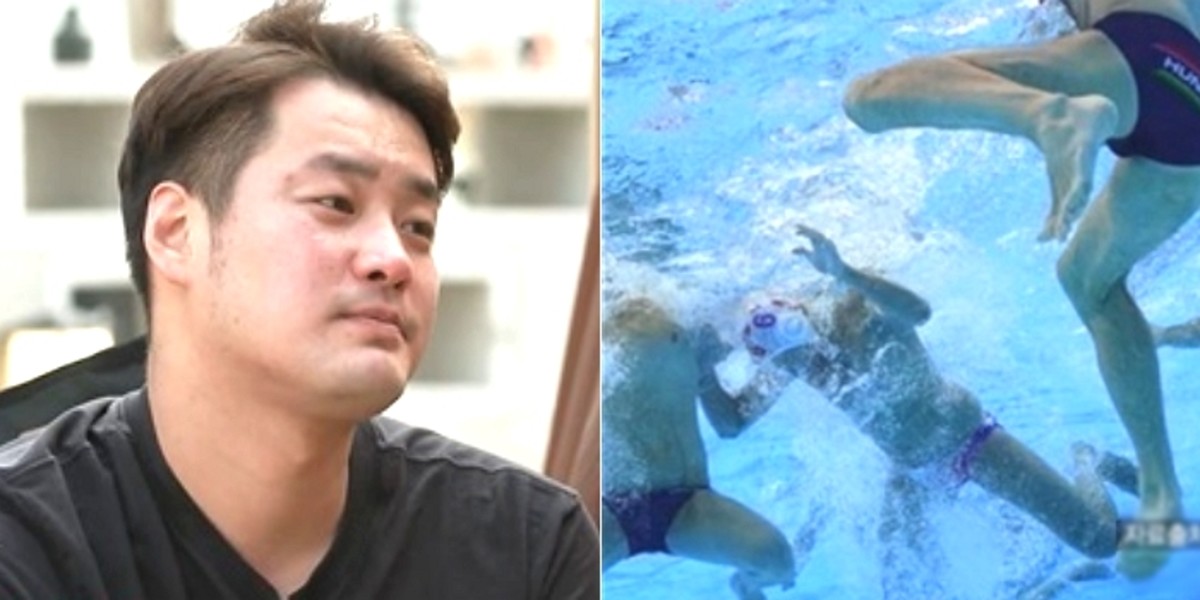 On the afternoon of the 8th, in the cable channel E channel ‘Playing Sister’, Kim Dan-bi and Yoo Byung-jin set up a tent in the yard in front of their house and grilled pork belly to create a campsite atmosphere.

The two men, who were filming mukbangs without a break from grilling meat and fried rice on an iron plate, started talking honestly about the national team.

Dan-bi Kim asked Yoo Byung-jin, “Your brother married me and gave up on the water polo team, don’t you think you want to do it again?” Yoo Byung-jin said, “It’s hard when you exercise, but it’s a lie if you don’t want to. . Still, I tend to play water polo for a long time.” Upon hearing this, Yoo Byung-jin asked, “Is it as little as water polo?” and “Water polo has little infrastructure, so I started playing as an athlete in high school. Many people who used to be swimmers in elementary and middle school turn. The infrastructure is much less than that of women’s basketball.” he explained.

Kim Dan-bi said, “I wanted to see a picture of Yoo Byung-jin, a water polo player, but I couldn’t find it because it was an unpopular event.” So I diligently searched YouTube and finally found one video of the 2017 National Sports Festival.”

Yoo Byung-jin, who was watching his video, proudly said, “Actually, water polo is fun to watch. Besides, it is a very old sport and has been adopted as an official sport since the 2nd London Olympics in 1900.” Danbi Kim, who heard this, said, “Actually, I’m really curious about that. What if I just grab my real panties while the other person is playing and they come off?”

To this, Yoo Byung-jin replied, “If we get into the water, we do it first. We have to make sure they can’t run away. But even if it comes off, it’s not a foul. That’s why the swimsuit rips a lot.”

In particular, Yoo Byung-jin surprised me by explaining, “But it’s not that the swimsuit is torn during the game and you don’t change outside. The coach throws you into the water and you change in the water. That’s why the broadcast cannot be broadcast live.” Yoo Byung-jin, who said that injuries naturally follow after a more intense physical fight than expected, is the most memorable injury, recalling the match against Japan at the Asian Games in Guangzhou. I went to the army right away, and it was only when I went to the army that I found out that my bones were cracked.”

In addition, Yoo Byung-jin explained, “Water polo players go to UDT or SSU a lot (due to the nature of the event)” and “Because water polo doesn’t have a business team, you have to go as a general soldier.” Yoo Byung-jin also responded greatly by showing his wish, saying that he would like it.