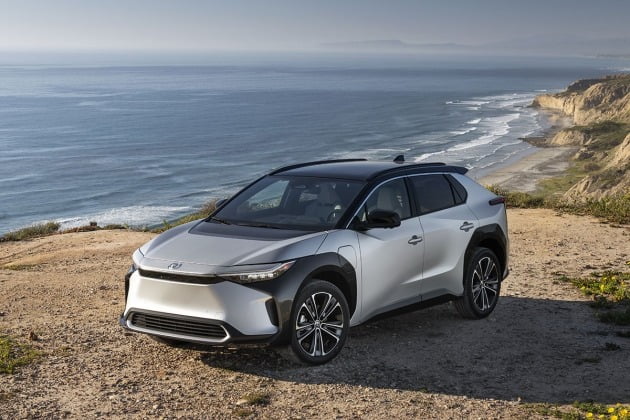 Toyota, Japan, which sells the largest number of cars in the world market, has introduced an exceptional compensation policy that refunds the sold vehicle in full as it fails to solve the defects of the ‘bZ4X’ model, which was released as the first dedicated electric vehicle.

It is a look that disregards the fact that it boasted the highest level of manufacturing process and production quality to the point that it even created the word ‘Toyota way’ at one time.

According to foreign media reports such as Bloomberg on the 7th (local time), Toyota has decided to issue a full refund to only those customers who have purchased the bZ4X, the first model of an electric vehicle-only platform.

Toyota announced in June that it would recall (recall) all its bZ4X models due to concerns that the wheels might come off while driving. It also agreed to provide a credit worth $5,000 (approximately 6.5 million won) that can be used to purchase a Toyota internal combustion engine vehicle.

In particular, Toyota sent out a warning to refrain from driving as much as possible if the car has already been delivered. It provided free rental cars to bZ4X owners, and even paid the cost of fuel to consumers who received a loan with an internal combustion locomotive.

The bZ4X is the first dedicated electric vehicle that Toyota, which dominated the finished car market with internal combustion engines and hybrids, launched in April to target the global market. However, from the beginning of the launch, there were many evaluations that the quality was ‘not up to the value of Toyota’s name’.

The maximum driving range when fully charged is in the low 500km range, which is shorter than competing vehicles and the charging speed is slow. Hyundai Motor Group’s dedicated electric vehicle platform, E-GMP-based IONIQ 5 and EV6, can charge up to 350 kW of super-fast charging, but the bZ4X is only 150 kW, so charging speed is slow. Charging up to 80% takes 18 minutes for the Ioniq 5, but takes over an hour for the bZ4X.

As a result, sales were also sluggish. Toyota launched the bZ4X in Japan in April, followed by the US and Europe, but so far only sold 2,700 units in total. This is a low level compared to the number of Hyundai Ioniq 5s sold in the United States alone in the month of June.