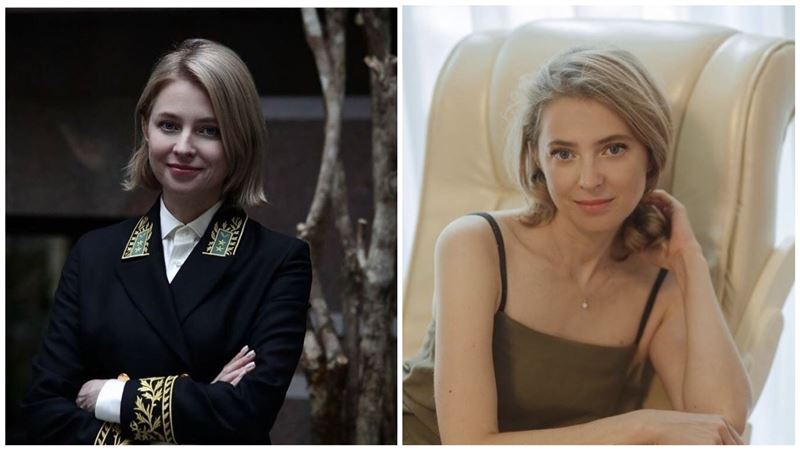 It has been more than 3 months since the Russian-Ukrainian war began. Natalia Poklonskaya, a member of parliament known as Russia’s “most beautiful prosecutor”, is suspected of having publicly made anti-war remarks and criticized the special characteristics of the Russian army. The military operation was a disaster, angering Russian President Vladimir Putin, who on the 13th was ordered by Putin to dismiss the post of deputy director of the Russian Independent National Association, the Overseas Chinese and International Humanitarian Cooperation Agency (COC). Unexpectedly, Poklonskaya had just been removed from office, and announced on the 14th the next day that she had been appointed as an adviser to the Russian Prosecutor General.

According to comprehensive foreign media reports, Putin has signed a presidential decree to remove Poklonskaya from the position of deputy director of the Russian Federation’s Independent National Association for Affairs, Diaspora and International Humanitarian Cooperation (Rossotrudnichestvo), and this presidential decree was also made public in Russia. Government official website. In this regard, Poklonskaya only responded briefly, the reason for dismissal was to transfer to another job, “I thank our president for his support and trust.”

After “one day of unemployment”, Poklonskaya was appointed as an adviser to the Russian Prosecutor General Igor Viktorovich Krasnov on the 14th, and she also announced the news on Telegram, saying that she will focus on this job in the future For responses, please contact the Office of the Attorney General.

The 42-year-old Natalia used to be a prosecutor in Kyiv, the capital of Ukraine. In 2014, she betrayed Ukraine and supported Russia’s annexation of Crimea. She quit her job in the same year and was elected to the lower house of the Russian parliament in 2016. After Russia and Ukraine started fighting on February 24, she personally went to Kherson, occupied by the Russian army, to distribute supplies and carry out “humanitarian relief”, expressing her support for Russian President Vladimir Putin.

However, with the failure of the Russian blitzkrieg, Natalia changed her stance in April and made public anti-war remarks. According to the “Moscow Times” report, Natalia criticized in an exclusive interview with the popular YouTube channel that the “Z” symbol represents the tragedy and grief in Ukraine and Russia. Moreover, the so-called “special military operation” is a disaster at all. The outside world speculated that it was suspected that Putin was dissatisfied and ordered to be “removed from office”.

The most tragic Husky in the history of the British army: punitive!