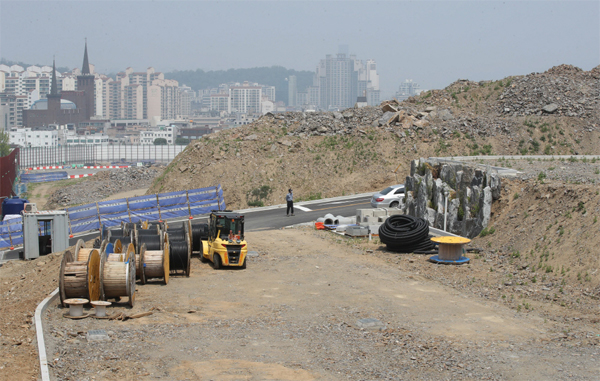 The reconstruction association in the area of ​​136 Munjeong-dong, considered one of the best reconstruction complexes in Songpa-gu, Seoul, completed a report on the start of construction in October last year, but it has had difficulties in calculating the sale price and continues to delay the sale of 286 households. Since the outbreak of the Ukrainian War, the cost of procurement of materials has been snowballing due to the increase in raw material prices. This is because existing members are opposed to delaying the sale schedule as they cannot arbitrarily raise the sale price. According to the association, the sale price is expected to be notified from the Songpa-gu Office at the end of June or early July of this year. The expected sale price is 34 million won per 3.3 square meters, but the union explained that it must be at least 38 million won to get the consent of the union members. Otherwise, the sale schedule is likely to be delayed again.

A union official said, “The contribution per member is only 430 million won, and each person has to pay an additional 80 million won through the reconstruction excess profit recovery system.” It is a situation where the burden on the members may be greater than that,” he said. In the case of reconstruction, it is a structure in which members and contractors secure business feasibility through profits obtained from general sales. This is the reason for the reaction from the members’ point of view, “It is better not to do it at a loss.”

An official from the housing division of a large construction company said, “I know that there are not a few cases where the sale price of union members is higher than the general sale price in the Seoul area.” Because of this situation, there are even arguments for using tricks. Another member of the reconstruction complex in Songpa-gu said, “I’m getting worried because the executive department doesn’t tell me the sale price even at the request of the union members.”

The price of construction raw materials soaring due to global inflation and the war in Russia and Ukraine is also acting as a double high. The Bangbae District 5 reconstruction project, which contains 1,686 households for general sale, is also experiencing difficulties in calculating the sale price due to the rise in construction costs. A union official said, “Before the construction price rose, the general sale price was estimated to be around 50 million won per 3.3㎡. Subcontractors have also announced plans to suspend construction work. The Association of Window and Curtain Wall Manufacturers announced that they would suspend construction indefinitely from the 2nd of next month if the increase in raw material prices is not reflected.

According to the subscription home under the Ministry of Land, Infrastructure and Transport on the 23rd, the number of newly sold apartments in Seoul this year was only 1,727. Seoul, which lacks new land, has no choice but to rely on reconstruction and redevelopment for most of its supply, as setbacks are occurring everywhere. The biggest obstacle is the price ceiling system. Construction costs are rising due to the rise in the price of construction materials, but the ceiling is blocked by the ‘ceiling’, making it difficult to secure business feasibility.

In fact, most of the maintenance project associations in the metropolitan area, including Seoul, are in a position to wait for the new government’s policy to ease the price ceiling system and then start a full-scale sale schedule. An official from the Bangbae District 5 association said, “The situation is that we have no choice but to closely monitor the easing of the sale price ceiling system by the Yoon Seok-yeol government.” The redevelopment association of Imun 3 District, Dongdaemun-gu also aimed to sell the units at the end of last year, but the schedule has been delayed. An official from the association said, “Only sale to members of the union will be held in October, and general sale will wait until the ceiling on sale price is eased.”

Experts point out that it is desirable to abolish or drastically reduce the price ceiling system, saying that it loses the function of price suppression and produces only the side effect of blocking supply. Park Hap-soo, an adjunct professor at Konkuk University’s Graduate School of Real Estate, said, “At the beginning, the goal of the sale price ceiling was to reduce the surrounding market price to the same as the sale price to promote price stability, but now it only produces lottery sales that leave only market profit.” “It has lost its function.” did.