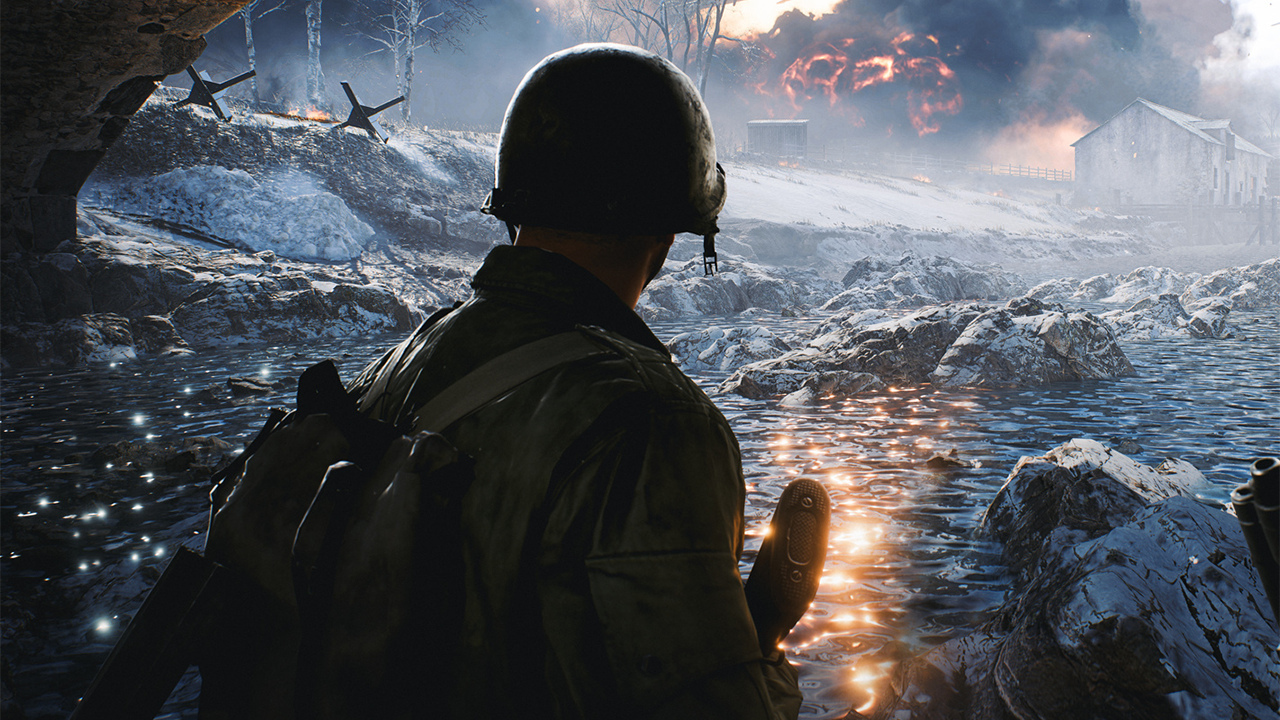 Battlefield 2042: Portal is, for many, a dream come true. A selection of content from some of the most beloved installments of the series, arranged in such a way that anyone can dare to imagine new and fun ways to play.

By the time you’re reading these lines Ripple Effect Studios (formerly known as DICE Los Angeles) will have formally announced Portal, the second of the three great blocks of experiences that it treasures Battlefield 2042. The first of these was All-Out Warfare, encompassing the classics Assault and Conquest modes; while this, Portal, had been anticipating as “a love letter to the most veteran fans of the saga. “It is not a lie: think of the maps, factions, weapons and vehicles of the most beloved eras, concentrated in a single place so that you can configure them as you like. I think the development team is right in calling things by name. Battlefield is an action sandbox first of all, and also one with a whole culture revolving around him.

All his fans are familiar with the Pee-A-Boo and the RendeZook because they are viral and largely imitated plays, we have all spent countless hours playing TDM games at 500 tickets in Noshahr Channels in BF3 because simply it’s fun and we also know how to place the beacons in such a way that you appear in the tower above. And it does not matter what game we are talking about: the moment there is a mobile agent on the ground, there will always be someone who hits a C4 and sends it to the other team. Are you one of those in love with combat? Well, surely you join the private Battlefield 4 servers that limit the number of shotguns and snipers in play.

Battlefield is just that: rules, weapons, and equipment that community passionately tune to ensure the most epic, fun, or intense moments you can imagine. That is the direction in which Ripple Effect works and the reason for being of Portal. I think that if this existed, buying BF 2042 and playing the new Conquest maps alone would be like buying a wetsuit and staying on the shore with water up to your ankles. The possibilities are almost unlimited launch, and they will only grow later. It would not surprise me at all that in the long run, months and years after it reaches stores, it continues to be popular specifically for the things that can come out of here.

Four Battlefield eras in one package

But before we get there, Battlefield 2042: Portal is a good time to discover or relive past glories– A collection of six classic maps reinterpreted with the latest iteration of the Frostbite engine and all that goes with it. In other words, you can play a game of Assault in Valparaíso de BF Bad Company 2 with the modern graphics and destruction improvements on the map, which is already a pass in itself, but you can also choose between the usual settings or bet on 128 players and bots as it is done today. It’s pure living Battlefield history, wow.

Battlefield 2042: Portal is a good opportunity to discover or relive past gloriesPersonally, I really value that possibility both because of the nostalgic value that the BF BC2 and BF 3 maps represent to me and because of the fact that the new specialist system seems a bit strange to me and I like to have the possibility to play with the usual anonymous soldiers, of those with a limited arsenal and specific roles. You may level up your profile and unlock new things regardless of whether you play with the content of Battlefield 2042 or those of previous eras, so I suspect that many veterans will spend hours on these kinds of maps from day one.

It goes without saying that in reality, the true potential of Portal is not only in get those maps back So cool from years ago – because that could be done with a remastering in the style of Mass Effect: Legendary Edition, for example – but rather in putting all that content in your hands, saying “do what you want with this.” And when we say what you want, it’s literally what you want. I could see a kinematics, which I imagine will also have been shown at EA Play Live 2021, where an army of Battlefield 1942 faces only knife with another of Battlefield 3 that only housed doctors with defibrillators. It’s a simple and fun example of what this is all about.

The idea is that the Portal experience editor will be hosted on the Web navigator, something that is not strange for fans of the Battlefield saga because Battlelog worked like that too. The first adjustments to create an experience are simple: you choose mode, map, you regulate the size and composition of each team, you choose the weapons that can be used, that kind of thing. So far it’s all very simple and intuitive, but then you get to logical editor and you realize the true potential that this tool has because it allows you to alter the sandbox to your liking. You know, all kinds of interactions. You can make killing heal you, or one side have more health or damage than another, that sort of thing.

In the hands of enthusiasts I believe that the best thing that Portal treasures are the facilities it provides for share settings and find games of all kinds: balanced or experimental, traditional or alternative, serious or absurd. If there is something that you are not clear about, be it because you do not know how to configure it or if you know how to do it but the results do not add up to you, you can always share the code of the game with your friends or a community so that they can see how you have structured everything and suggest changes, or you can pass the full url for others to modify your project directly. It is a component that fits very well with the Battlefield profile and what its fans usually do in a group. Overall, I am very happy with what is coming up because I firmly believe that it is the correct address for the game and because as a player it is something that I value a lot because I also have fun with the crazy things that some do in the custom games of Overwatch, I know of some of the most popular maps that have been made in Left 4 Dead, and I have spent many hours playing game modes. Halo Forge like Fat Kid, Avalanche or Jenga Tower; but that same experience makes me think that maybe Battlefield 2042: Portal takes a little longer than we expect to start. The reason is that, at launch at least, it will not offer ways to manipulate the geometry of the map or the models of the characters as it does with the 343 Industries game.

Maps and weapons added with each season will also be part of the Portal repertoire.That is neither good nor bad: I think having a tool so from the first day it is a luxury and even more so with the type of players, but it is one that will definitely evolve over time – they commented from Ripple Effect that they would be attentive to the requests of the players – with new features and content, because the maps and weapons that are added with each season will also be part of the Portal repertoire. It is a declaration of intent and something that only adds to the possibilities. I’ve always had the feeling that Battlefield games end up getting smaller over time because players end up betting on balanced maps on their servers and limiting everyone’s arsenal with admin powers. Now, finally comes the ability to manually change the sandbox to expand instead of collapse.