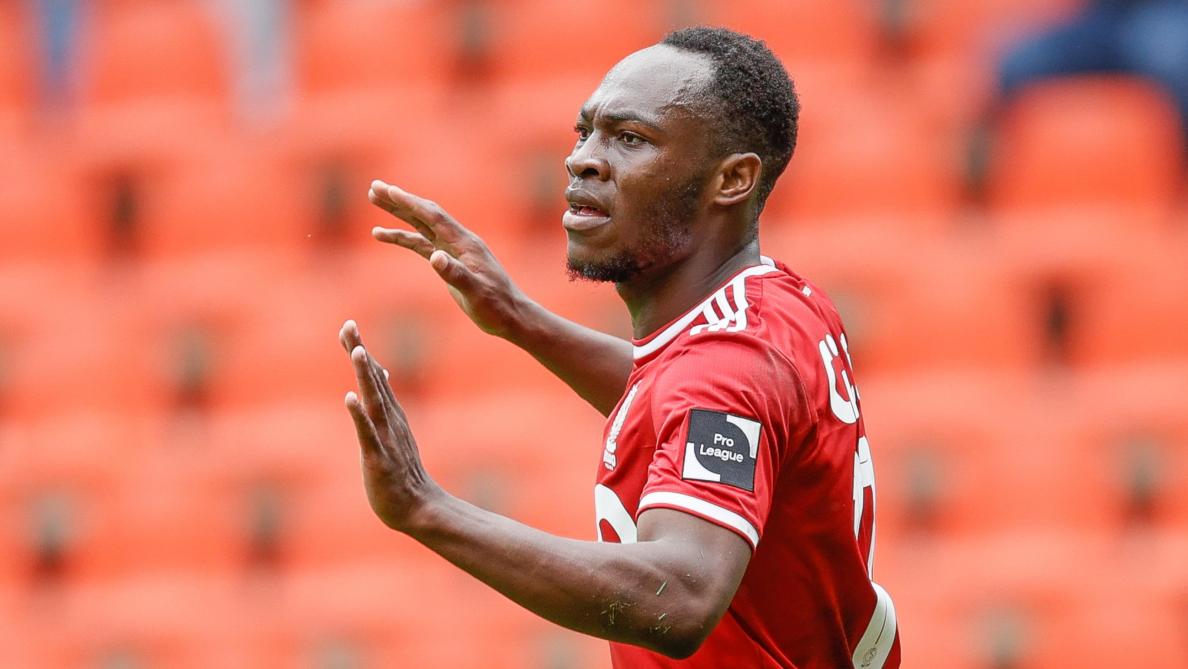 Scorer against Sint-Truiden last season in the match that cost Philippe Montanier the head, Jackson Muleka took stock of his reunion with the Trudonnaires this weekend.

DManaging a failure in a Clasico is never easy. A week after the setback against Vincent Kompany’s men, those of Mbaye Leye want to get back into the saddle directly. Starting with the two forwards of this Liège formation, João Klauss and Jackson Muleka, whose uncalculated efforts last weekend did not have the desired effect. “It was complicated against Anderlecht,” says the Congolese striker. “The red card received at the start of the match caused us a lot of damage. We didn’t have enough balloons in front. The only ones we had were long balls and we had to fight each time to create opportunities… But all of that has to be worked on in training with our midfielders, it will come. “

Despite the unfavorable score for Liege, the former TP Mazembe believes he learned a lot during this shock. “There were still some positive points to remember from this Clasico. For example, we showed a very good mentality. We must remember and repeat this during the next deadlines. After that, there are many things to improve to play the game and claim something in this meeting. Because mentality is not enough. You also have to show quality. We have to improve our technical accuracy and our efficiency in the opposing rectangle. This is what we have been lacking a bit lately, but we are working on it. “

If there is one aspect that marked Jackson Muleka, it is the unwavering support of the Liège fans, who gave voice to help their colors catch up. “To play in front of this public which pushes us from the beginning to the end of the meeting, it is a huge motivation”, explains the one who lived there his very first Clasico with full bleachers. “It motivates us and does us a lot of good. Football is completely different without supporters, and I think we are seeing it this season. Without them, the score would have been much heavier against the Mauves. There were ten of us on the pitch, but eleven with the supporters. They put the two teams back on an equal footing. And, even at nine, our supporters allowed us to perform well against this good Anderlecht team. “

Undeniably, this incredible support made the 21-year-old want to surpass himself on the pitch, in order to put a smile on the faces of the supporters. But, for that, there is work for the Liege people… “When you play in a club like Standard, you have to aim for victory at every meeting. It is mandatory. We must always try to go further. We are obviously aiming for the playoffs this season. Having said that, when I look at the other Pro League matches, I see that there are often many more goals than during our meetings … But it is up to us to work more in this sector to be able to compete with other clubs. . We defend well, we do the races properly in attack, but that is not enough. We have to do more, it’s essential to score more goals and deliver more assists. “

A job that will perhaps be rewarded with a new rose against Sint-Truiden, nine months after that in the last match under Philippe Montanier. “It’s true that I had narrowed the gap, but it was useless in the end. This time, I would really like to score, but above all to give victory to the club and the supporters, ”concludes Jackson Muleka.