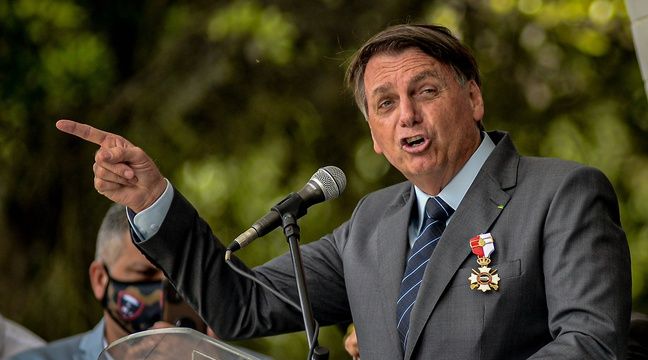 The president of Brazil takes care of his support of the evangelical neopentecostal churches. To do so, Jair Bolsonaro lamented on Wednesday the legalization of abortion in Argentine. The Head of State thus declared that “the lives of Argentinian children” could now be “mowed down” with “the consent of the State”.

“I am deeply sorry for the Argentinian children, whose lives can now be mowed down in their mother’s womb with the consent of the state,” wrote on Twitter the far-right leader, whose evangelical supporters are from fierce opponents of the legalization ofabortion. “As long as it is up to me or my government, abortion will never be allowed on our soil. We will always fight to protect the lives of the innocent, ”he added.

– I deeply regret the lives of Argentine children, now subject to being cut in their mothers’ wombs with the consent of the State. As far as it depends on me and my government, abortion will never be approved on our soil. We will always fight to protect the lives of the innocent!

On Wednesday morning, the Argentine Senate approved the legalization of abortion up to 14 weeks pregnant. In Brazil, on the other hand, abortion is punishable by three years in prison and is only allowed in cases of rape, danger to the mother or serious malformation of the fetus.

203 women die each year from abortion in Brazil

The Supreme Court held a series of public hearings on the legalization of abortion in August 2018. On this occasion, Dr Maria de Fatima, representative of the Ministry of Health of former President Michel Temer, affirmed that despite very restrictive legislation, one in five Brazilian women had already had an abortion. According to her, 203 women die each year after clandestine abortions and 250,000 are hospitalized following complications.

See Also:  The judge applied the 'Botn doctrine' to file the case against the 16 civil guards