Guadalajara Jalisco.- Blocking flights from cities with a high rate of positive Coronavirus cases, acquiring 25,000 PCR tests to make early detections of COVID-19 and uniting action ties with 7 other states are the new measures that the Jalisco government will take to avoid a greater spread of the Chinese virus, announced today the state president, Enrique Alfaro Ramírez.

“We are sending a letter to the Ministry of Communications and Transportation, respectful but firm, raising the need for the Government of Mexico to take this agenda seriously (…) If other authorities decide to remain blind and continue to apply the minimum of tests Possible we are not going to enter or continue in that dynamic, “were some of the forceful announcements that the Governor of Jalisco made today.

During a press conference at Casa Jalisco, in which it was announced that in Jalisco there are 45 people carrying Coronavirus, that a man already died as a result of this and that the first case has also been registered outside the Guadalajara Metropolitan Area, The details of the fourth stage of the “Plan Jalisco COVID-19” were also disclosed, which, according to the state president, seeks to avoid further contagion from the Chinese pandemic.

According to what was declared by Governor Enrique Alfaro Ramírez, stage four consists of three stages: one is to block flights from cities with sanitary fences due to the high rates of people carrying COVID-19 (for example California), the second is the purchase of 25 thousand PCR tests to make massive detections in the entity and the third is to create strategies with the 8 governments that make up the El Bajío and Western regions of Mexico.

“I want to inform the people of Jalisco that today we are making the decision, and we are currently sending a statement to the Pacific Airport Group (GAP), to do the management directly for LAY OFF! flights (in Puerto Vallarta and Guadalajara) from places with sanitary fences decreed by their authorities. “

Alfaro Ramírez stated today and then explained that he has already had previous meetings with the GAP leaders and hopes to receive a positive response to this request.

During his presentation, the Governor of Jalisco clarified this measure would only be taken with tourist flights, since he has requested that those with humanitarian and cargo purposes continue to operate, the latter being of utmost importance as they are the ones that would supply food and other necessary merchandise. to the region.

“Although the management of airports is the responsibility of the Federal Government, I do believe that the government of Jalisco has to take up the flag and send a message to all of Mexico! That it is not possible for us to have such permissiveness in the country of the flights. I would like to see, if the emergency or the sanitary fence had occurred in Jalisco, if in California they would allow flights from our state to that state of the United States. “

In order to advance in the early detection of positive coronavirus cases and act immediately accordingly, Enrique Alfaro said that the Government of Jalisco has already agreed to purchase a total of 25,000 PCR tests, independently from the Institute. of Epidemiological Diagnosis and Reference (INDRE) would make early diagnoses.

“We are going to start a phase of applying massive tests as a preventive early detection strategy. In Jalisco we are not going to be blind, if other authorities decide to remain blind and continue to apply the minimum number of tests possible, we will not enter or continue to that dynamic (…) If what you are looking for in this country is to monopolize the issue of evidence, we at once say: here we are not going to be in that scheme! Here we are going to privilege prevention “

The Jalisco governor stated, clarifying that he does not seek confrontations but rather take measures that save lives in the state.

Likewise, he clarified that if necessary, the tests carried out at INDRE will be done to confirm the diagnoses, however he regretted that the Federal Government has only bought 10,000 for the entire country, when in Jalisco 400 are arriving daily, of the first 5 thousand that they bought, and that in the near future the remaining 20 thousand would be supplied.

“What we are going to do is be able to develop a whole testing mechanism through the method known as Expert and at the same time the Antigen, antibody, in order to be able to do rapid tests that allow us to detect in time and, of course, later, if it is necessary to be able to validate with PCR tests that are those that are recognized by INDRE “.

For his part, Dr. Jaime Andrade explained that the Expert test is similar to the PCR applied by INDRE, it is less expensive and produces results in 45 minutes, on the proof of Antigens, said it works similarly to a pregnancy test, it works in 15 minutes; He clarified that both have been approved by the FDA (Food and Drug Administration: Food and Drug Administration).

Alfaro Ramírez warned the population that with the massive application of COVID-19 tests, which will start this Thursday, March 26, The positive cases will skyrocket immediately in the entity, which could cause alarm among the population, however, he said that this should not be a cause of fear, on the contrary, it should be taken as a positive action, since by having the carriers located, they will be able to take actions of isolation and prevention of a greater number of infections.

“What we want is for deaths to be avoided here, we want infections to be avoided here. I am not competing for statistics, I am trying to act responsibly. We are announcing what the World Health Organization (WHO) is asking for in a timely manner ) “.

As a third action, Enrique Alfaro announced that the governors who make up the Alianza Centro-Bajío-Occidente (Aguascaliente, Guanajuato, San Luis Potosí and Jalisco) will soon have a meeting in the city of Guadalajara to define joint measures for the prevention of the Coronavirus and in it The presidents of the states of Michoacán, Colima and Nayarit will be present, who have already given a positive response to the call.

“We are not going to stand with our arms crossed. We cannot continue leaving that, in the absence of general definitions, the regions of Mexico are at the expense of the circumstances we are experiencing in the country. We are going to make decisions! Jalisco is making them, Other states have already embarked on this route, and I am confident that this regional bloc can also make decisions this week. “

The actions that the government of Jalisco has taken by stage in the past and which DEBATE has been informing you about are the following:

STAGE 2: Postponement of massive events and turns of some businesses and the presentation of the Economic Contingency Plan, with which one billion pesos will be lent to merchants with the aim of avoiding the dismissal of 127 thousand people.

STAGE 3: Voluntary isolation for 5 days, requested until March 25 but which could be extended if necessary.

For every empty space there are dozens of homes full of consciousness. From heart thank you. Let’s stay # 5DaysHouse, let’s do everything in our power to get out of this together.

Coronavirus: Rendi-Wagner again calls for the tests to be expanded

Julio Camba, the king of the agile verb in the automatic city 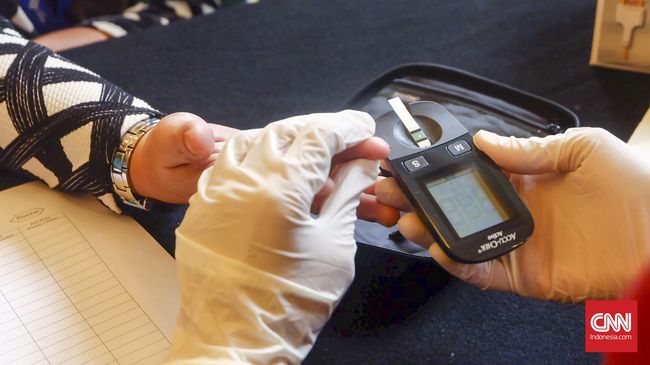 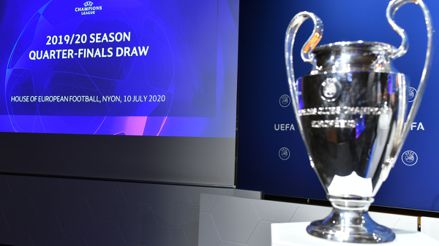