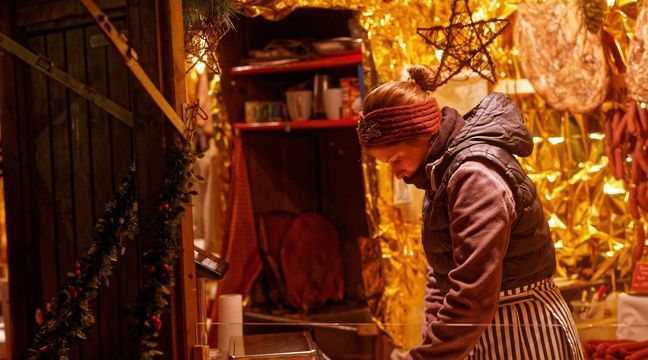 By picking up his phone, Christian Schoettl, the mayor of Janvry (Essonne) laughs. “Thanks for your question,” he laughs. A laugh that oscillates between hope and fear. While its famous Christmas market which hosts
usually around 100,000 people, should, as in previous years, begin this Saturday, the mayor (Centrists) of this town of 600 inhabitants is still awaiting the green light from the authorities.

“I had to have a date this [vendredi] morning at 11 am with the prefect of Essonne and yesterday [jeudi] at 7 p.m., I was told that the meeting was finally scheduled for Monday at 4 p.m. So to this day, we still do not know if our Christmas market will take place, ”he explains.

If the Christmas markets in Strasbourg, Bordeaux, Lyon or Boulogne-Billancourt are canceled, will that of Janvry which attracts people from all over France each year, will it take place? “One can think that the more the hours, the days advance, the more there are chances. If it’s to say no, we would have already been told before, ”he thinks. In the meantime, the city continues preparations for a hoped-for opening on the first two weekends of December, lasting three days each.

“We made a cross on Santa Claus”

For this particular edition and to allow social distancing, the mayor bought 34 chalets and thus brings the number of stands to 55 for 80 exhibitors. “Usually, we have 105 exhibitors and around 20 chalets,” he explains. Installed on a space of 7,800 m² outdoors, this market “is large compared to the gauge”, assures the mayor who continues to install the garlands while taking the lead in terms of health. “This Saturday, in support of the region, there will be 200 Covid screening tests which will be carried out for the people who will animate the market”, he notes. Masks and disinfected clothes have also been ordered. “There will also be a count at the entry and exit”, he continues. And to specify: “All that, it is a colossal work which started in October. Even if, he knows, this Christmas market, if it is held, will not have the same flavor as in previous years.

“We make a cross on Santa Claus who will not take the children on his knees. Usually 6,000 kids came. It may sound anecdotal but it is important. And we eliminated all the buses that came from all over France. This year, we are doing something reasonable, ”he commented. But above all, Christian Schoettl thinks of traders at this crucial time. “If we want to save the market, it is especially for the traders who come to Janvry during this period. Their survival depends on it ”. If Janvry gets his Christmas market, the mayor expects an attendance of 40,000 people over six days. In the meantime, Christian Schoettl, hopes to receive a positive response on Monday.