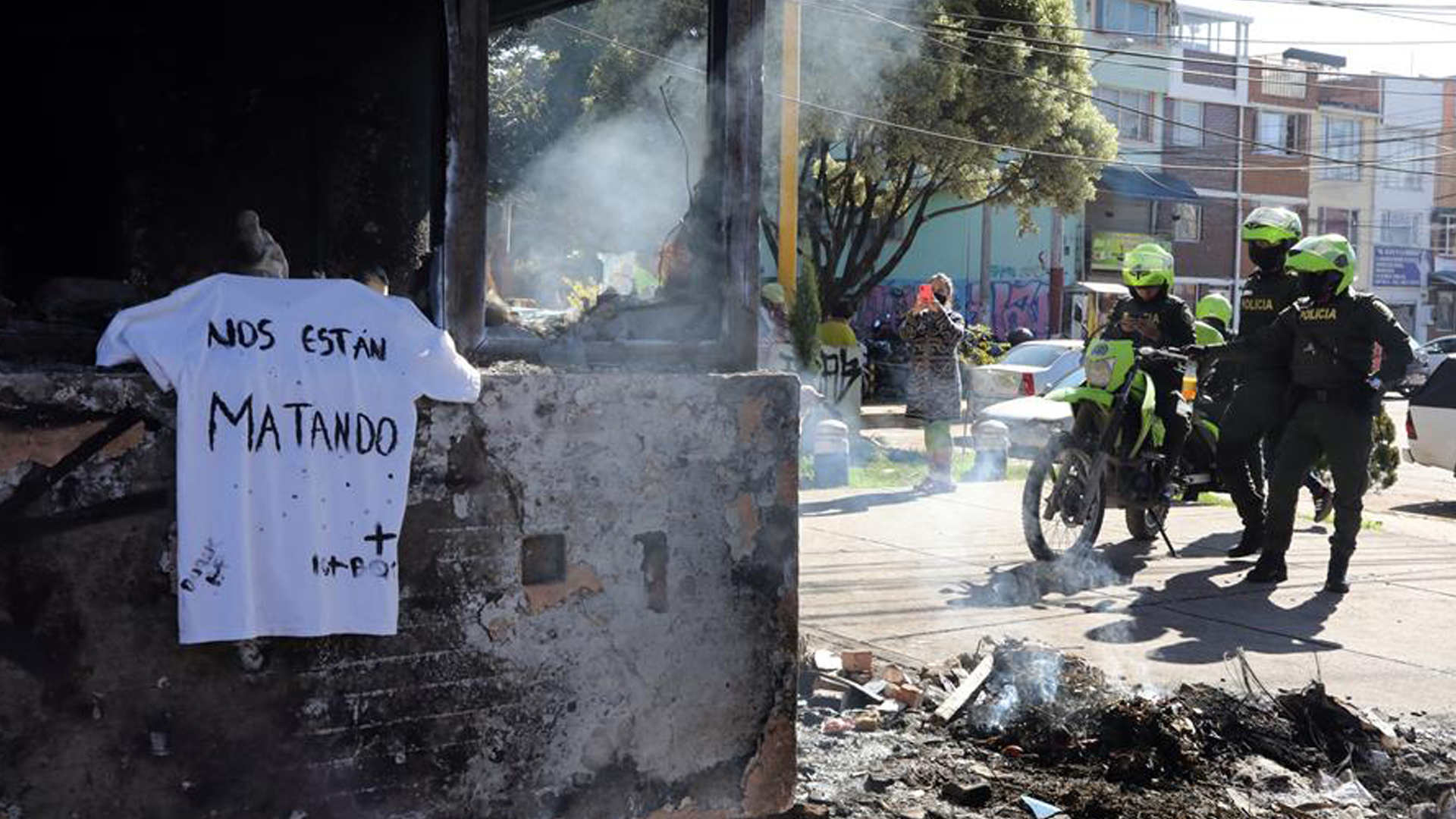 He Secretary of Security of Bogotá, Hugo Acero, revealed this Friday that lawyer Javier Ordóñez, victim of the case of police brutality that has shocked the country and the world, died as a result of the blows that were inflicted on him, apparently, the policemen who took him to the CAI last Tuesday night.

“There is a report from Legal Medicine that talks about a possible blunt weapon in the death of Javier Ordóñez. (…) From the point of view of forensic medicine, there are different causes of death. A blunt weapon can be a closed fist, ”the official told the public radio station Radio Nacional.

In the preliminary opinion of the forensic entity Specifically, nine fractures are evidenced in the victim’s skull, as well as other serious injuries apparently caused by blows to different parts of his body.

Likewise, it was known that There are videos in the possession of the authorities in which the severe beating of Ordóñez could be evidenced in the CAI to which he was taken in the town of Engativá.

It was also aired that the researchers have found alleged old quarrels between the uniformed men and the victim, which could well become the motives for crime.

The death of Ordóñez, which has unleashed a day of protests that left 13 people killed by firearms in three days in Bogotá and Soacha, occurred at dawn last Wednesday, after being taken by several policemen to a CAI in Engativá.

Prior to his arrest, a video in which two agents discharge electric shocks from a ‘taser’ gun on repeated occasions against Ordóñez, whom they allegedly sued for consuming liquor on public roads.

“They massacred him.” Vadith Gómez, defender of the Ordóñez family, told the press that the policemen “massacred him inside the CAI”, For which those responsible, he said, should be charged with the crimes of aggravated homicide, torture and abuse of authority.

The lawyer also advocated because the case remains in the ordinary justice and do not go to the military criminal justice system, since, he warns, the excessive use of force cannot be considered an act of service.

Defense Minister Carlos Holmes Trujillo, He asked for forgiveness on behalf of the Police and announced that in the middle of the investigations another five uniformed men were suspended, who join the two who had been temporarily removed from their positions last Wednesday.

This case, Trujillo said, “it hurts and outrages us, and generates solidarity ”.

For this reason, he stated: “The Police ask for forgiveness for any violation of the law or ignorance of the regulations in which any of the members of the institution may have incurred.”

He reported in this regard that “A hearing has been summoned for abuse of authority and murder” and that “the police have been suspended so that the investigation is not obstructed.”

Likewise, it pointed out that the investigations are progressing with respect to “other policemen who, by act or omission, may have been responsible for the death of Javier Ordóñez.”

So it finally resolves, “suspend five more police officers to subject them to the investigation process”.

In turn, the director in charge of the Police, General Gustavo Moreno, also asked for forgiveness: “On behalf of all the police officers in Colombia, I want to ask the family of Javier Humberto Ordóñez Bermúdez for forgiveness. (…) Sorry to your family, sorry to your friends, sorry to all citizens, sorry to all Colombians, because we know that this type of situation seriously damages that faith that citizens should have in their Police ”.

They ask for the removal of Trujillo

Fourteen human rights organizations filed a disciplinary complaint with the Attorney General’s Office against the Minister of Defense, in which they request the dismissal of the senior official and the police officers of Bogotá and Soacha. This before the 13 people killed by firearms that left the protests of recent days as a balance. “In addition to the dismissal and inability after a process in the Attorney General’s Office, the immediate suspension must be given to prevent the events of September 9 from happening again. (…) The patterns under which the Police acted in Bogotá are striking, which suggests that acted under specific orders or influenced by doctrine and training processes”The statement read.

After a meeting between the Minister of Defense and the Ombudsman, Carlos Camargo, the ministerial chief announced how the transformation and modernization process of the institution will be carried out.

One of the fundamental axes of this meeting was training the police force on Human Rights. “We will have the support of the UN and the Ombudsman’s Office on the issue of protection of Human Rights. We will reference the best international practices and improve the internal process, For this, the Ombudsman will accompany us and a review of the protocols will be made”Trujillo detailed.

In this sense, the defender stated: “The Ombudsman will accompany the review and evaluation of procedures of police operations in the light of international rights and protocols. It will also accompany the human rights training process for Police units ”.