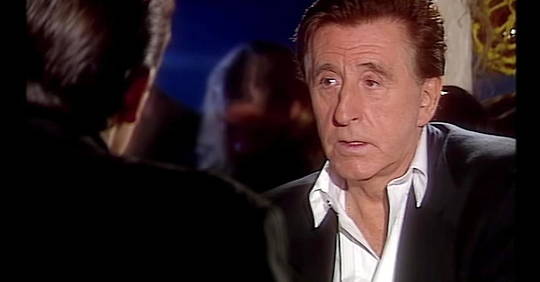 C’was one of the most popular figures in French cinema and theater. A supporting role, as we no longer do. A familiar face that sometimes stole the show from the stars. Jean Lefebvre, who died in 2004, has appeared in over 100 films and around thirty plays, mainly boulevards. In 1992, the famous Fougasse of the Gendarmes series was the guest of Thierry Ardisson in The Beach Bar – program available on the INA ArdiTube channel.

Comic actor par excellence, Lefebvre may have played in a good number of girls, he leaves no one indifferent. When people look at them, they are giggling. Literally. ” I was playing I want to see Mioussov. A woman in front of me was laughing out loud. I saw she was choking. We evacuated her. At intermission, I asked what she had and they refused to tell me. And after the show, I was told that she was dead. She had asthma… ”the actor remembers. A first, but not the last. One year, while Jean Lefebvre signs autographs in the provinces, a woman approaches. “I would like to speak to you personally,” she told me. My husband died because of you ”, explains Pithivier seriously, who replies:“ You must be angry with me! “The woman reveals the causes of the death of her husband:” My husband was cardiac and he laughed so much in front of the film of Lautner, Let’s not get angry, that he died. I loved him very much, but I had one consolation: he died laughing. “

The member of Big heads (and his famous haunting reply: “It has a relation to sex”) tells Thierry Ardisson his misadventures at customs. “I was making a film with Belmondo in Brazil. I found white sand and wanted to bring some back for my aquarium. I took some and put in plastic bags. There were at least ten kilos of it. At Orly, I get checked. I open my suitcase and the police see all these little bags of white powder. I assured them it was sand, ”he says. The police do not believe a word of it and Lefebvre must swear that it is sand and not drugs … A real comedy scene. Just like this “hashish party” he organizes to put his daughters off drugs. The gendarme and the schnouff.

An excerpt to discover: