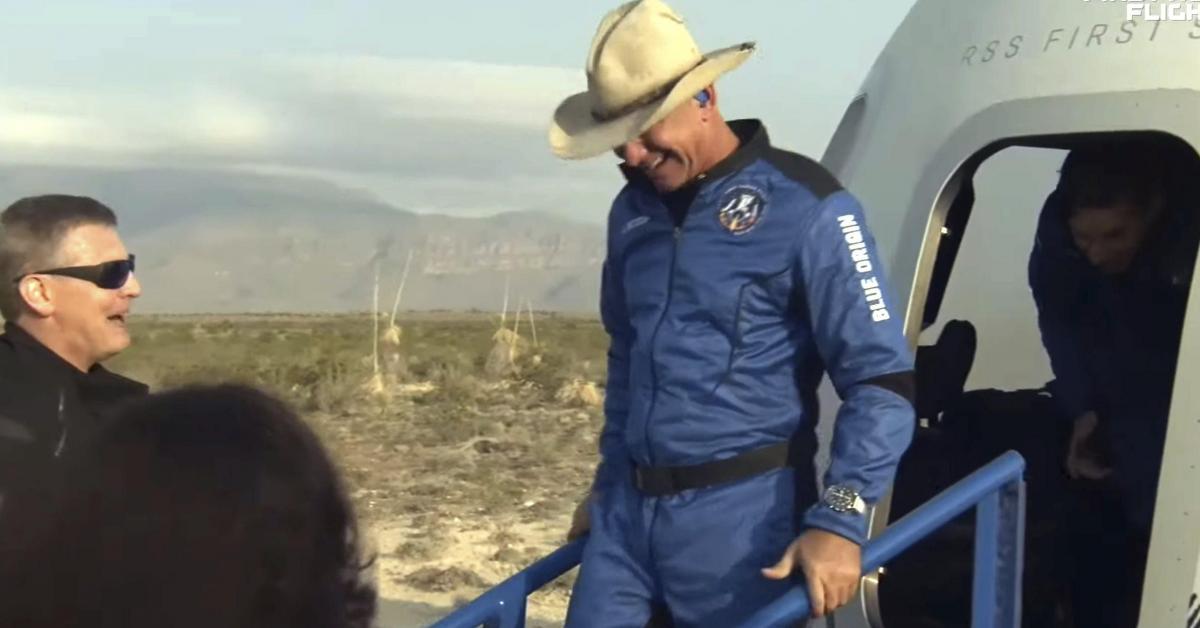 American billionaire Jeff Bezos said he was “stunned” by the “beauty and fragility” of Earth when he saw the blue planet from space on Tuesday during his flight aboard his company Blue Origin vessel.

“Everyone who has been in space has said that it has changed them and that they are amazed, stunned, by the Earth and its beauty, but also its fragility, and I completely agree,” said the Amazon founder at a press conference after his flight over 100 km above sea level.

The Earth “is a fragile little thing and when we move on this planet we do damage,” said Jeff Bezos. “It’s one thing to recognize it, but it’s another thing to see with your own eyes how fragile she really is. “

This first manned flight by Blue Origin was also the first carrying a paying passenger, a new milestone for the space tourism industry.

The New Shepard thruster, on top of which was the capsule carrying Jeff Bezos and three passengers, took off Tuesday morning from the Texas desert.

Alongside the richest man in the world were his brother Mark, aviation pioneer Wally Funk, 82, and Blue Origin’s first paying customer, 18-year-old Dutchman Oliver Daemen. He and Ms. Funk became the oldest and youngest astronauts in history, respectively.

The capsule then separated from its propellant and the neo-astronauts spent a few minutes at an altitude of 107 km, beyond the internationally recognized limit between Earth’s atmosphere and space.

“I loved every minute, I just wish it had lasted longer,” said Wally Funk, adding to be “impatient to return” to space.