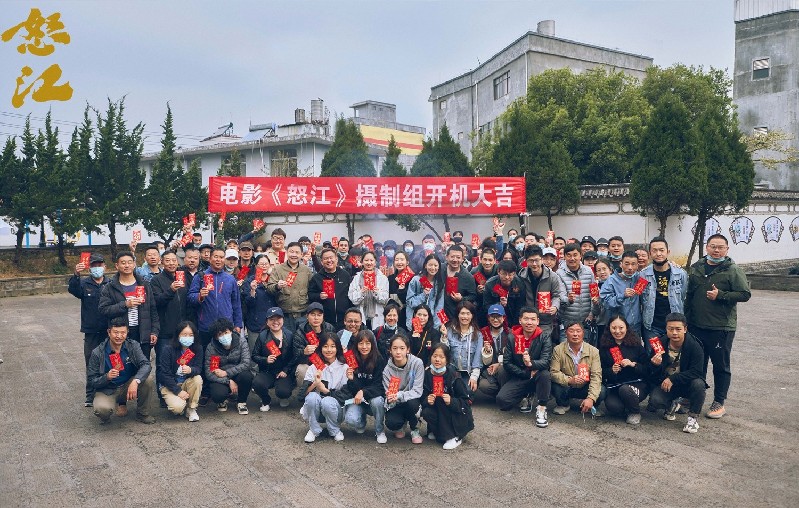 The movie “Nujiang” tells the story of a cross-border pursuit of a murderer. In order to find out the truth of his daughter’s death, Hu Dengjie, who lost his daughter, pursued his daughter’s best friend Ji Hong for thousands of miles, and was therefore involved in a secret transaction at the border. The internationally renowned director Jia Zhangke served as the film’s producer. When he first saw the script, he was touched by the story created by Liu Juan, “The story is full, powerful in nature, and innovative in genre; in addition, its attention groups include: With a certain social significance, left-behind teenagers in small border towns need more care and attention from their families and society.”

Director Liu Juan, who has always been concerned about juvenile issues, will focus on the growth of left-behind girls this time with a genre-based filming method. Talking about the original intention of filming, director Liu Juan said, “Because I was a volunteer teacher in Tengchong, I came up with the idea of ​​​​making the story of “Nujiang”. It has been 7 years and my personal life has also changed a lot. Nothing has changed. The difficulty of filming this film is not low, because there are a group of creators with centripetal force and artistic pursuit, which guarantees the production level. ‘Everything has cracks, that’s where the light comes in’, I hope each of us is that light .” Not only the focus on growth safety in the play, but also the safety of all the crew members outside the play is also something that the chief producer Jiang Hao attaches great importance to. At the opening ceremony, he repeatedly emphasized that “in the current environment, safety is the first priority. , including the safety of filming, the safety of epidemic prevention, etc. I hope that after a few months of hard work, a warm and powerful film can be released in theaters next year.”

Wang Yanhui, a “play bone” who has always been known to the public for his superb acting skills, plays a father with a distinctive personality and loves his daughter in this film. He said: “The first time I read the script, I was deeply moved by the characters. A father who chases a murderer for his daughter thousands of miles away, and an ’emotional orphan’ who longs for love. I hope it can bring you a different touch.”

Deng Enxi, an outstanding young actor who has performed brilliantly in many works such as “The Unknown”, “Hello, Zhihua”, “Calm and Peaceful”, and “Famous”, will play Ji Hong in “Nujiang” this time, a A precocious left-behind girl, she loves pop culture and goes through fire and water for her love. Talking about the film, Deng Enxi said: “I have a certain distance from Ji Hong’s life. I feel sorry for her, but I hope I can be her in this film.”

It is reported that Wang Yanhui and Deng Enxi will have a lot of opposing scenes in the film, and the two will work together to interpret the love of cross-border chasing and each other’s psychological growth and family difficulties.

How does it work.. How to find a lost iPhone when it is turned off