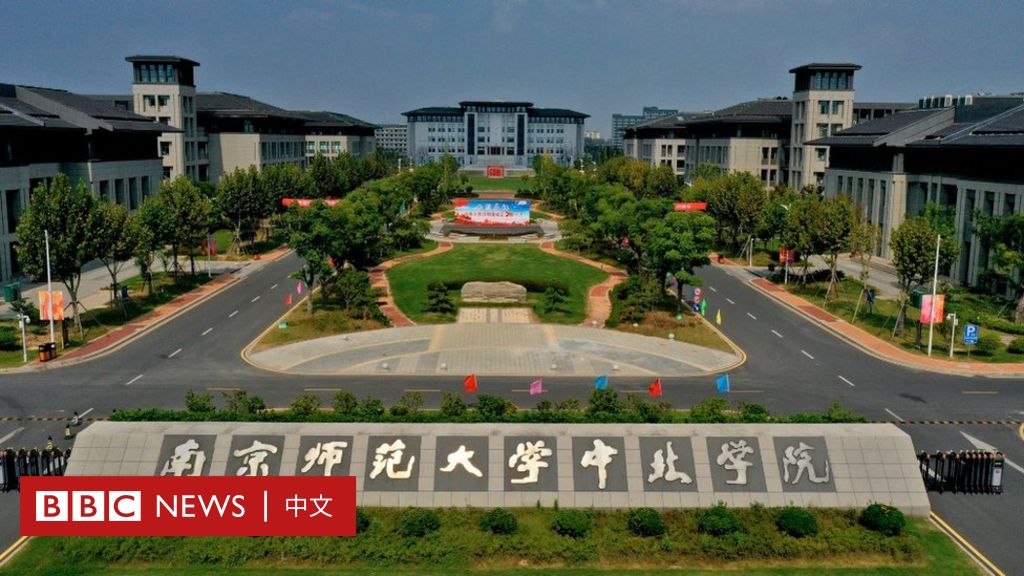 Hundreds of students from a university in Jiangsu, China were dissatisfied that the school would merge with a vocational and technical school. On Monday (June 7), they clashed with the police rarely, causing an uproar on social media.

The local Public Security Bureau issued a notice on Tuesday (June 8), stating that the cause of the incident was that the students had “illegally detained” the dean of the college for more than one day, and stated that the police had repeatedly warned the students, but they were besieged and abused by the students.

At present, the Jiangsu Provincial Department of Education has announced the suspension of the merger and transfer of independent colleges and higher vocational colleges. Many universities involved also issued separate announcements, indicating that the merger will be suspended.

However, in many provinces such as Jiangsu and Zhejiang, the plan of the education department to merge multiple undergraduate universities and vocational schools into vocational and technical universities has met with opposition from many people. The students believe that this will lead to a “devaluation” of their diplomas.

The protest took place on the campus of North China College of Nanjing Normal University on Monday (June 7). Multiple clips on social media showed that a large number of heavily armed police officers in black uniforms clashed with students in an auditorium.

The video showed that the police used telescopic batons, sprays, etc. to drive away the students, and some students were suspected of bleeding from the head. There are also pictures showing that in the dark, a large number of students gathered on the campus to protest, and the police dragged some of them away.

“Reject my job title and return my undergraduate degree!” the students wrote on a banner on campus.

Two students from the North China College of Nanjing Normal University confirmed the authenticity of the incident to the BBC, but they declined to comment for safety reasons.

Despite strict online censorship, pictures and videos of this incident are still widely circulated on Chinese social media, and some people express dissatisfaction with the police’s use of force.

But the police in Danyang City, Jiangsu Province, where the North China College of Nanjing Normal University is located, have a different view.

“Some students were dissatisfied with the merger and transfer of independent colleges and higher vocational colleges. They gathered for a long time on campus and illegally detained Chang (male, 55 years old), the dean of the college who came to explain the work, and restricted their personal freedom. For more than 30 hours,” the police said in a briefing.

The report also stated that the police “repeatedly warned students and carried out legal propaganda, but were besieged and abused by some students and obstructed law enforcement.” “In order to maintain campus order and the personal safety of trapped persons, the public security agencies will take necessary measures according to law and will be deprived of them. The trapped personnel are taken away.”

The protests at the North and Central College of Nanjing Normal University are not alone. For example, Dongfang College of Zhejiang University of Finance and Economics in Haining, Zhejiang Province, and Qiushi College of Guizhou Normal University in Guiyang, etc., have also recently seen a large number of students protesting the restructuring of colleges.

This type of school is called “independent college” in China. As a special kind of university in China’s higher education system, it is often made up of well-known public universities in cooperation with private capital, institutions or individuals, and is named as public university in front of the school name. But in fact it operates independently, and the tuition is generally more expensive.

Although the admission scores of these schools are generally much lower than those of prestigious universities, they are still undergraduate schools. In contrast, the vocational and technical colleges that the authorities hope to promote their merger with are vocational colleges with lower scores.

But this merger worries many students at independent colleges. Some netizens claiming to be students of the North and Middle School of Nanjing Normal University stated on social media that some students spent more than 100,000 yuan to attend the school in order to be able to go to school in Jiangsu, “just for a bachelor’s degree.” He said that the school conducted a transfer survey to students in March this year, and finally it was reported that it would merge into a public vocational undergraduate.

“After becoming a vocational undergraduate, it is directly lower than the average undergraduate degree, and the public entrance examination has an impact. Also, when looking for a job, many HR (human resources) do not understand and directly treat it as a junior college,” another student wrote.

Xiong Bingqi, a Chinese education scholar and deputy dean of the 21st Century Education Research Institute, said that the root cause of students’ concerns is that the problem of inferiority in vocational education exists objectively. Both students and parents believe that merging with higher vocational colleges to become a vocational and technical university is a “downgrade.”

After the reform and opening up, China has repeatedly expanded the enrollment of colleges and universities, hoping to quickly cultivate a large intellectual class. College students who were once called “the proud son of heaven” in China are gradually becoming popular.

In 1977, 5.7 million people participated in the college entrance examination in China, but only 270,000 were actually admitted, and the acceptance rate was less than 5%. In 2019, more than 10 million people in China used the college entrance examination for the first time, and the number of people admitted reached 8.2 million, and the acceptance rate was close to 80%.

Although there are more and more college students, China still faces a severe shortage of senior skilled workers. The official media reported in 2019 that China’s senior skilled worker gap is as high as 22 million, but technical schools are facing difficulties in enrolling students.

This process began to accelerate last year. Liu Changya, director of the Development Planning Department of the Ministry of Education of China, stated at a press conference last December that in terms of promoting the transfer of independent colleges, some schools are now pairing and merging with higher vocational schools, and finally transferred to vocational and technical universities.

Xiong Bingqi believes that improving the status of vocational education cannot be solved by merging to establish a vocational and technical university and making a fuss about the name of the school.

“Education departments in various places use the general high rate and undergraduate rate to evaluate the running of junior and senior high schools, and use this thinking to allocate educational resources. This is discrimination and dwarfing vocational education. School teachers will instill in students that they do not study well and have poor grades. With the concept of being able to go to vocational school, parents also panic that their children will go to vocational school in the future,” he said.