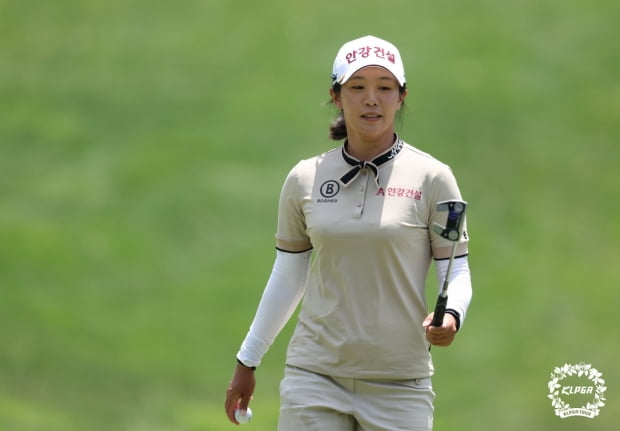 Jinhee Lim hit a 3-under par 69 with 5 birdies and 2 bogeys in the third round on the last day of the tournament held at Birch Hill Golf Club (par 72, 6,434 yards) in Pyeongchang-gun, Gangwon-do on the 3rd.

Jinhee Im, who won the tour for the second time in a year and a month since the BC Card Hankyung Ladies Cup in June of last year, received a prize money of 144 million won.

Following the joint lead in the first round, Im Jin-hee, who took the 2nd place in the 2nd round the day before, took the first place by two strokes, and did not miss the lead position until the last day.

Jinhee Lim started the final round pleasantly with a birdie on the 1st hole (par 4), and Yuna, who was 2nd, lost 2 strokes on the 3rd hole (par 5) due to a mistake in the tee shot to the left and took the 1st place relatively comfortably. kept

Im Jin-hee, who once led by four strokes, was shaken for a while with consecutive bogeys on the 15th and 16th holes.

On the other hand, Yoon Ena counterattacked by making four consecutive birdies on the 9th to 12th holes.

The gap with the first place was narrowed to two strokes as Yuna Yun put a birdie putt of about 10 meters on the 17th hole (par 3).

On the final 18th hole (par 5), Yuna threw the ball on the green with her second shot with 250 yards left.

However, Jinhee Lim took the victory by sending her third shot with 70m left to less than 1m from the hole.

The eagle putt Yuna tried from a distance of 7.2m was also a bit short, and in the end Jinhee Lim and Ina Yoon both drew as birdies on the last hole.

Im Jin-hee said, “I wasn’t ready for the first win last year, but this win feels like I built it up one by one. “, he said.

Yoon Ina, who debuted on the KLPGA stage this year, delayed her first win, but left a deep impression on the fans with her exhilarating performance with her long hit of the first place in drive shot distance (264.4 yards) this season.

What this person said to the artist “Dunia Samir Ghanem” at the funeral of the late Samir Sabry astonished the audience and made them stand in shock!!