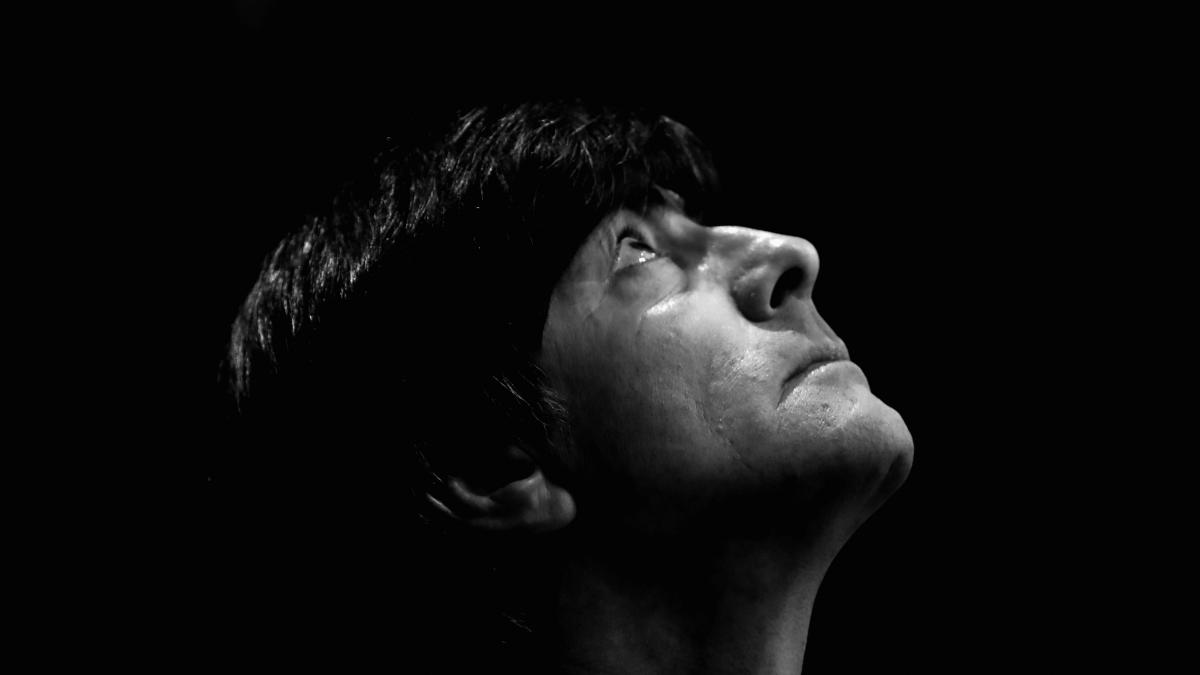 SEven at the moment of great disappointment, he knew what to do. Joachim Löw congratulated Gareth Southgate, the coach of the English, then turned away. He clapped Oliver Bierhoff before he paused for a moment, took a deep breath and then disappeared into the catacombs of the Wembley Arena in his anthracite-colored trousers and a blue shirt on Tuesday evening.

The meters he ran there, he has often run in a stadium. On this evening in London, which was so disappointing for him, it was his last as national coach. It was his departure after 15 years that could not have ended more bitterly for the 61-year-old football teacher. As at the 2018 World Cup in Russia, where the German national team failed in the preliminary round for the first time in history, this time it was over early. At this EM it was still enough for the round of 16, but not for more.

Löw and his team lost to England 0: 2 (0: 0). And if the last impression is always a lasting one, it sticks that you have failed once again within three years. “It was a very sad feeling to see Jogi like that. He’s just a great person, ”said the captain and goalkeeper Manuel Neuer: “We players owe him a lot. That it ends like this is of course a shame and sad. “

Löw is not retiring yet

Hans-Dieter Flick, Löw’s former assistant, will take over. And what is Löw doing now?

He announced immediately after the final whistle that he would not retire. He has never spoken of that. A break is now important for him after such a long time at the DFB. “I need a bit of distance and will not look around for something new immediately,” said Löw: “The emptiness will come and certainly also tasks that are interesting for me.”

In 2004, when German football was symbolically on the ground and the national team, ridiculed by many critics as a collection of rumble footballers, had failed in the preliminary round at the EM in Portugal, Löw’s time at the DFB began. Jürgen Klinsmann took over the office of the resigned team boss Rudi Völler. While looking for an assistant, Klinsmann remembered his neighbor from the trainer course – Löw.

Klinsmann once said that nobody was able to explain football with all its facets as clearly as he did. He reached Löw on the phone on a bicycle tour. They met, agreed – and together turned German football upside down. And against all resistance that existed in the German Football Association (DFB).

They bet on young players, on new training methods, on athletics and fitness trainers or even a psychologist. “You destroy the whole football with your shit”, was just one of the many allegations that the duo and team manager Oliver Bierhoff, today’s DFB director, had to listen to.

The critics soon fell silent and apologized when Klinsmann and Löw then led the German team to third place at the 2006 home World Cup and sent an entire country into euphoria with brave and fresh offensive football. The national team was enthusiastic – and did so when Klinsmann resigned after the tournament and Löw took over.

In any case, he had previously been largely responsible for what happened on the field. Klinsmann was the motivator, Löw the idea generator, the football understanding, the brain. Even if Löw had only acted in the background for two years, he also liked the executive role from the start. He knew how to convince, even more than in his previous career as a club coach VfB Stuttgart or Fenerbahce Istanbul.

Over the next few years, Löw became the face of a team that stood for good football, for success, for match plans – for modern football. He stood for a national team that inspired the people, with whom the people identified and for whom they developed a certain pride again. The national team was back in.

Sponsors fought for the elite selection – and also for the coach, who was no longer just a football teacher, but catapulted the profession out of a corner of the stink, the regulars’ table, the pub. At the forefront was Löw, a trainer who loves to drink espresso. A trainer with style. Sweaters that the fashion-conscious Badener wore became bestsellers. Even scarves that he always wore around his neck when it got colder. Löw embodied the modern man who values ​​certain things, including his appearance – he is still promoting a large cosmetics company today.

At the EM 2008, his first tournament as responsible coach, he led the team to the final, in which they failed to Spain. A nation that at that time stood for the modern in football, which was the ultimate. Ball possession football was what Spain embodied and celebrated perfectly – and successfully. Just like at the 2010 World Cup, when the well-prepared and young Löw selection was in the back then Thomas Müller first played big, pointed in their place.

In retrospect, it was the tournament that gave birth to the German team, which, four years after losing to Italy in the semifinals of the EM 2012 because Löw coached himself and directed his opponents, later found its coronation in Brazil: with the world title.

It was Löw’s masterpiece. He had formed a team of good individualists into a team in which players put personal sensitivities behind. Everyone knew their job on the pitch. Germany convinced in all areas: running, combative – and above all playful. The epoch-making semifinals, in which the German team duped hosts Brazil and won 7-1, is still unforgettable today.

Löw had reached the height of his career as a national coach. The title was the culmination of his many years of work, in which his coaches and many helpers always managed to give the players a plan. He knew how to convince her and take her with him. In 2016 at the European Championships he made it to the semi-finals again, and a year later with an inexperienced team he even won the Confed Cup.

“A lot was very positive,” he said on Tuesday evening in London and recalled his successes. He spoke of many unforgettable moments and of many people with whom he had worked for a long time, who would have helped him and who are now very important in his life.

Then Löw admitted that the disappointment would continue. “You don’t just shake off a tournament like that in the first few days. That will take time, ”he said and thanked him. With employees and the players who would have thrown everything in. He also thanked the media, with whom he had not had the easiest position in the past three years.

As much as he was successful as a man of conviction over many years and was mostly right tactically or personally – so little was he no longer inviolable after the 2018 World Cup at the latest. When he then started the upheaval only hesitantly afterwards, the criticism increased more and more – and it got bigger when he sorted out the world champions Müller, Hummels and Boateng within a few minutes during a short visit in March 2019.

Löw won 63 percent of his games

It was less about the fact than about the way. Löw did a lot of things right in his time as national coach, but what remains is that he was a national coach who apparently did not always find it easy to make decisions.

With Joachim Löw a great coach leaves the football stage – for the time being. Most of the numbers speak for him. He has won 63 percent of the 198 games under his direction – after Berti Vogts and Jupp Derwall Löw has the third-best record of all national coaches, of which there have been ten in the history of the DFB. If you add in his two tournaments as assistant coach (Confed Cup 2005, World Cup 2006), Germany always reached the semifinals with him in the first eight tournaments.

At the end of this bitter Tuesday evening in Wembley, a reporter asked Löw whether it had been a mistake in retrospect not to have resigned as national coach after the desolate World Cup three years ago. Loew thought for a moment, then said: “I don’t know. Talking about it afterwards is difficult. I saw that as a great challenge. The past three years with all the difficulties have been very instructive for me. “

Lost in thought, he took another sip of Coke, which he never drinks otherwise, and left. His era as national coach is over.