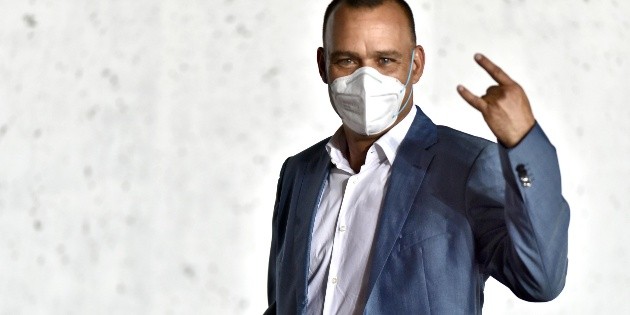 Universidad de Chile returned to victory against Coquimbo Unido and both players and the coach Rafael Dudamel, They agree that the shaking experienced in the university dressing room was positive for what is to come for the U.

In conversation with La Magia Azul, forward Joaquín Larrivey openly acknowledged that the technician changed his attitude and that created a new environment for the blue box.

And in that sense, Larrivey clarifies that yes that “The dressing room has been united understanding that it is the only way to face this type of situation in a club as big as Universidad de Chile.”

About Dudamel, the forward tells that “With the coach there was always the best predisposition, cordial and honest dialogue and now he got closer to the players, he opened up more with us and it was something very positive.”

For the end, the player took the opportunity to address the fans of Universidad de Chile. “I thank them for their stamina, the good vibes on social networks, where we have played they have shown us their support and I tell them that the team is going to leave everything to finish with this accumulated table and to think about more ambitious things next season”, Hill.

See Also:  The U warns Dudamel after his criticism: "He can ask for a player, but the final decision is up to the board."