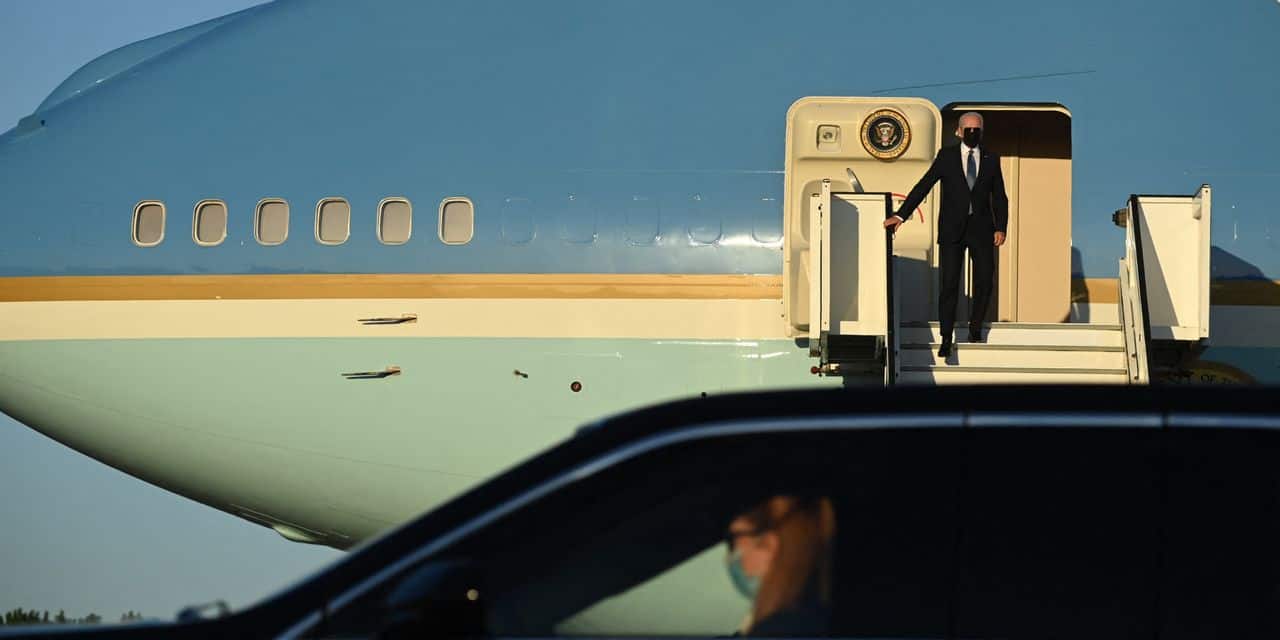 Joe Biden landed in Brussels Sunday night. After visiting the Queen of England in Windsor, here is the American president in the heart of Europe to start a crucial week for the rest of his presidency. After the NATO summit in Brussels, the American leader will turn to Vladimir Poutine (June 16 in Geneva), before having to manage an impasse at the Capitol.

Two big pieces in his agenda that will test the influence of the Democratic president and his ability to carry out his program, which is to restore the global leadership of the United States and implement ambitious economic transformations, analyzes the American media CNN.

For the global leadership of the United States, the president started work at the G7 summit. Joe Biden has proven he’s more than anti-Donald Trump, CNN believes.

With a commitment to deliver a billion doses of Covid vaccines around the world, an agreement on the fight against multinational tax evasion and a unit on human rights violations in China, this summit seems a success for the 46th US President. It remains to be seen if the ambitions materialize. “The real test of G7 summits comes when leaders return home”, recalls the American television channel. Several associations have also already claimed that the commitment to vaccines is only a drop in the ocean compared to what is needed. However, the leaders present at the G7 were delighted – even relieved – to work with the new American president.

The meeting with Putin

Ahead of their meeting in Geneva on June 16, Biden and Putin chain statements which do not lower the tension between their two nations. The Democratic President also believes that “relations between the United States and Russia are at their lowest”. According to him, this summit will make it possible to verify whether a more stable and more productive relationship is possible with a nation that the American intelligence services accuse of having interfered in the last two American elections. But even Biden isn’t convinced it’s going to work, according to political reporter Stephen Collinson.

“It is not about a contest to see who is the best at a press conference to try to embarrass the other, it is about indicating very clearly what are the conditions to be fulfilled to get a better relationship with Russia. We are not looking for conflict “Joe Biden told reporters after the G7 summit in England. “Have no doubts that I will be very blunt about our matters of concern and will make it clear what I think about the way the meeting went.”, he added.

McConnell is waiting for him firmly

Once back home, Biden will have to end this eventful week with some sizable new opposition. The Republican leader, Mitch McConnell, still opposes the vast infrastructure plan wanted by the president. It is possible that he will derail the last-ditch compromise negotiations on this bill.

The concessions that Biden will be forced to make to gain the support of the Republican Party could complicate the membership of all Democrats in a very balanced Congress, further notes the American media. In order to reach the 60 votes (out of 100) necessary to submit the texts to a final vote, Joe Biden will therefore have to end his week with a difficult balancing act to convince both the left wing of his party and the centrists, and as many Republicans as possible.