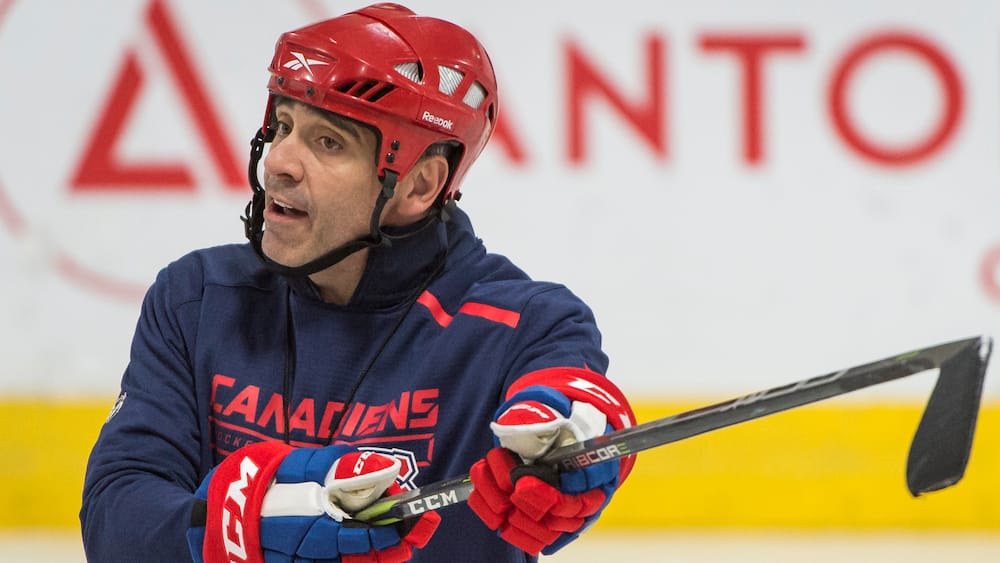 Despite the uncertainty surrounding the next season in the American Hockey League (AHL), Laval Rocket head coach Joël Bouchard sees no decline in motivation or intensity within his squad.

Indeed, even if the schedule of the matches of the Canadian section has still not been revealed a few days before the start of the season, scheduled for Friday February 5, the Rocket players showed a lot of hard work Thursday during of the first intra-team match. In the locker room, no one has a long face or complains about the difficult working conditions since the start of the COVID-19 crisis, according to Bouchard.

“Honestly, I can’t hear and smell anything. Did you see the game today: did they look like guys who didn’t want to play hockey? ”The Rocket pilot told a reporter during a video conference.

“The guys really enjoy being on the ice, being able to play hockey, practicing and having the opportunity to continue working on their sport. I understand that the situation is not perfect, but it is not perfect for everyone at the moment. It’s no different for hockey players. ”

“I think the guys have an opportunity right now,” Bouchard continued. They can be called back at any time by the Canadian. […] The young players who are with us have the chance to practice and work with our group of coaches. It’s a win-win for everyone in our environment. ”

The motivation and commitment of the Rocket players was palpable from the start of training camp, according to Bouchard. Obviously, during those long months of confinement away from the ice, most of them did their homework well in terms of preparation.

“I am impressed with two things. First, by the physical capacity of the guys. The workload, you want to recreate it but there is nothing like playing in a group and most of the players were not able to do it, ”said Bouchard.

“And the second thing is the focus, the attention to detail, which is really the highest I’ve ever seen. […] In today’s intra-team game, I was looking at specific players, some young people that I don’t know as well, and I was looking at the way they played the games. It’s impressive how quickly they understood things that we worked on with them. ”

If the frustration is not felt at the Rocket, several players in the league would however be unhappy with the working conditions that would be imposed on them for the next season.

According to information reported by The Athletic, the AHL offers players who have a one-way contract a guarantee of 40% of their annual income. This is half the salary the players expected following the agreement reached last June. With a season start on February 5, all players would be paid 48% of their salaries if the campaign is not interrupted or canceled due to risks associated with COVID-19.

Among the young players who are trying to make their way to the Laval Rocket training camp these days, head coach Joël Bouchard is rather enthusiastic about defender Kaiden Guhle, the Habs’ first selection in the last draft.

“I watched young Guhle before the draft on the video sessions, because I wanted to watch all the top picks and I had time. I watched him at the Junior World Championship and have been on the ice with him for almost a week. I’m going to take the tape out and say “we’re going to take our time, he’s a player we love”. But the hockey guy’s response is that I really like what I see, ”said the Rocket pilot.

“Sometimes, hockey guys, we get excited when we see certain players. And I admit that he is an exciting player. ”

Bouchard is impressed by the maturity of the young 19-year-old Albertan, who was selected 16th in the last National Hockey League draft by the Montreal Canadiens.

“He’s a guy who doesn’t do anything on ice. Is he perfect? No. Is he going to make mistakes? Yes. He’s still a young man. But he has a presence and he is not unpredictable, ”said Bouchard.

“He’s got a pretty complete game already, which is very encouraging. That being said, we must be careful of reservations anyway. But it’s fun because we will be able to build on a good foundation, ”added Bouchard of the former Prince Albert Raiders player in the Western Junior League.