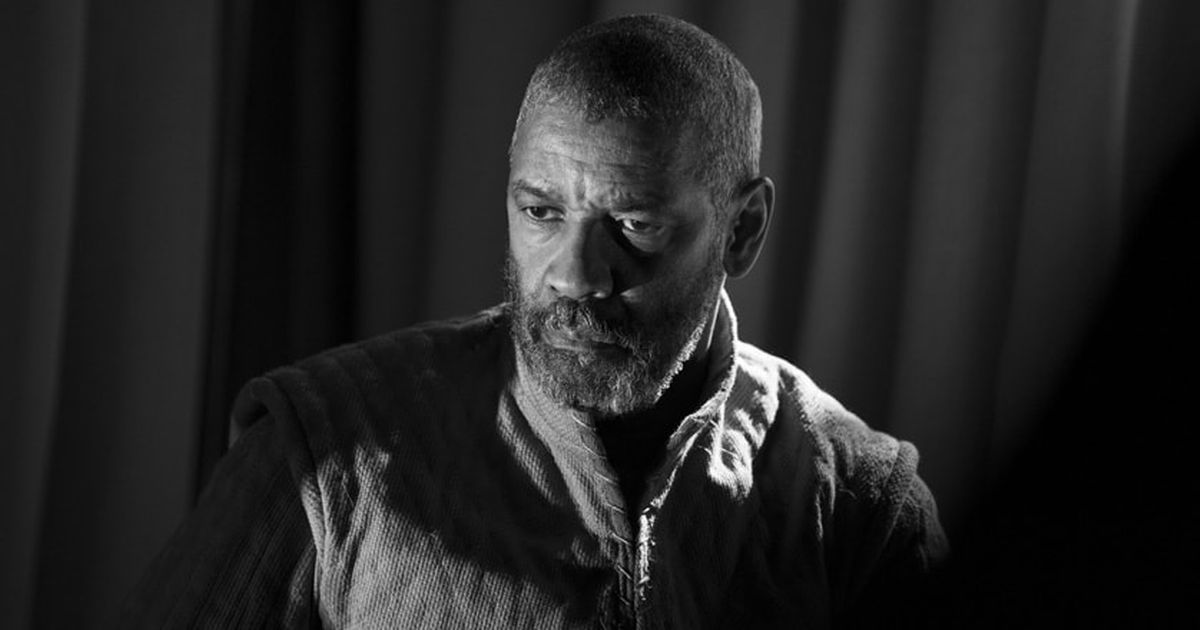 Presented exclusively on the Apple TV+ platform, “Macbeth” by Joel Coen stars Denzel Washington and Frances McDormand in the title role and that of his wife. A new black and white adaptation of Shakespeare’s text that dazzles if not seduces.

“Life is but a passing shadow, a poor actor who fidgets and parades for an hour, on the stage, and then you don’t hear him anymore. It’s a story told by an idiot, full of noise and fury, and which means nothing.” This famous phrase taken from Shakespeare’s “Macbeth” has resonated many times in the cinema, carried by the expressionist fever of Orson Welles (1948), the epic fury of Akira Kurosawa (1957), the muddy morbidity of Roman Polanski (1971) or the puffy aestheticism of Justin Kurzel (2015).

That Joel Coen is tackling a new adaptation of the play today, without his brother Ethan, owes nothing to the oracles and everything to his wife, actress Frances McDormand, also co-producer of the film, who had already played Lady Macbeth at the theater before convincing her husband to embark on the project. She takes on, on screen, the iconic role of this power-hungry manipulator who pushes her husband (Denzel Washington), an aging vassal, to assassinate King Duncan in order to seize the throne of Scotland.

Accompanied by his usual acolytes, Carter Burwell on music, Bruno Delbonnel on photography, Joel Coen faithfully transposes the Shakespearean text in sumptuous, chiseled black and white, in a square format, and a minimalist scenography dominated by vertical sections of walls in brutalist concrete on which float veils, curtains which bring a vaporous atmosphere to the whole.

The posed staging, close to the faces, corsets the usual expressionist impulses of the Coen brothers’ cinema, but gives rise to some dazzling visual ideas, such as the multiple appearances of the three witches, polymorphic and polyphonic. All in a film that takes up issues related to power, destiny, paranoia, guilt and madness.

A frozen sense of the tragic

Still, if we appreciate the cast for once, mostly American, the audacious idea of ​​offering the main role to Denzel Washington, like the desire to erase too theatrical phrasing, this “Macbeth” struggles to go beyond its magnificent setting. . The character, however essential of Lady Macbeth, seems neglected, Joel Coen’s point of view on this story brings nothing new, the force of the anthological scenes disappears in a series of sequences whose pictorial beauty is retained above all to the detriment of the power of incarnation.

Of the tragicomic and absurd genius associated with the cinema of the Coen brothers, only a frozen sense of the tragic remains. Demonstration that it is never appropriate to amputate, as was the case for “Matrix 4” directed by Lana Wachowski alone, a duo of filmmakers whose singularity lies precisely in a balance of contrasts.

End of 2G and 3G, Android malware erases your data and steals your money, this is the recap