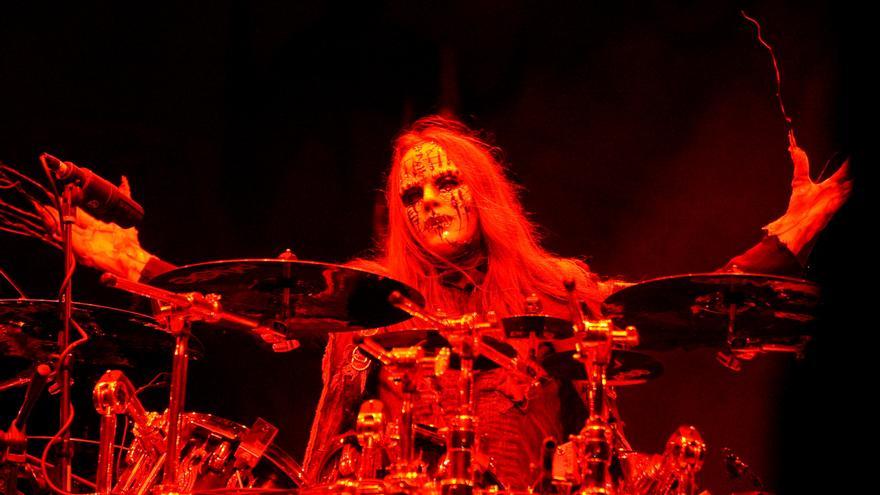 Joey Jordison, former drummer of the American heavy metal group Slipknot and one of the founding members of the band, passed away this monday at 46 years of age, as confirmed by his family to the specialized medium Rolling Stone this Tuesday. “The death of Joey has left us with an empty heart and with indescribable grief,” said relatives in a statement sent to the magazine, in which they did not specify the cause of death and addressed those who knew the musician and they understood “his sharp humor, his kind personality, his huge heart and his love for everything to do with family and music.”

Numerous messages to render tributo a Jordinson They spread online and on social media, such as the heavy metal group Trivium, in which he was described as “very gentle,” and it was noted that his compositions helped shape the musical genre. “I’m shocked and saddened after hearing of Joey Jordison’s passing,” Slayer drummer Dave Lobardo said. “An incredible composer and musician who is gone too soon.”

Jordison formed the group Slipknot in the state of Iowa in 1995 with bassist Paul Gray and percussionist Shawn Crahan, and left the group in 2013, although three years later in an interview he assured that he had been fired. In addition, he announced that shortly before leaving the group he was diagnosed with transverse myelitis, caused by multiple sclerosis, which led him to not be able to play. It is unknown if this condition is what caused his death.

While he was part of the group, Slipknot’s popularity skyrocketed, repeatedly reaching the top ten positions on the Billboard 200 chart, from which they topped in 2008 with their album “All Hope is Gone.” In addition to playing with Slipknot, Jordison also played guitar on Murderdolls, drums on Scar the Martyr and recently also on Sinsaenum.

Its about second Slipknot member to pass away, since the bass of the group, Paul Gray, died of an overdose of morphine in 2010.