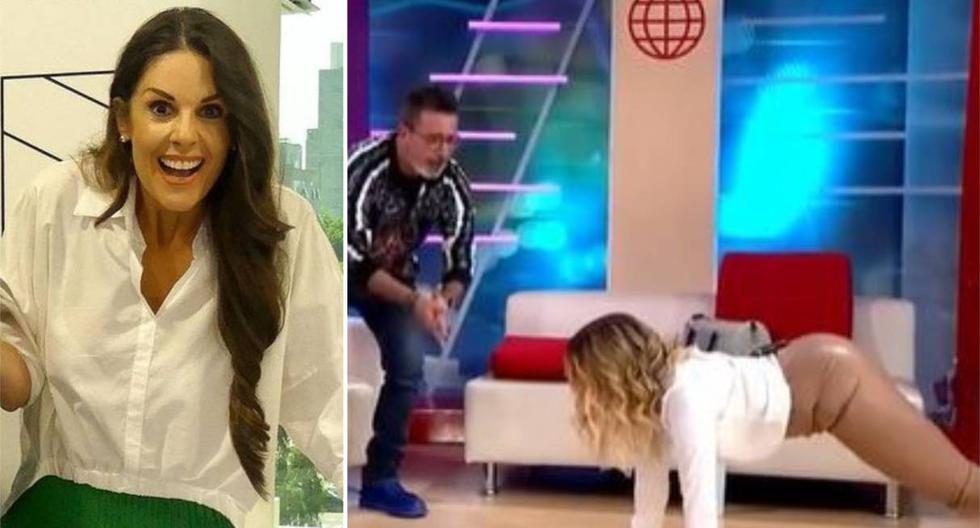 the visit of Johanna San Miguel and Carlos Carlín to the program “+ Shows” did not go unnoticed, because the actress caught everyone’s attention after she was encouraged to perform Anitta’s sensual step of her song “Wrap”.

The host of “Esto es Guerra” challenged Rebeca Escribans to carry out the famous “challenge” that went viral on TikTok. Both danced the first seconds; however, Escribans did not make the move of moving her hips while she is lying on the floor.

San Miguel did not flinch and fell to the ground and began to move, surprising Rebeca and Carlos Carlín, who did not hesitate to encourage his colleague.

“That. Come on doll!”said the actor while clapping his hands. Johanna complained to Rebeca that she had not accepted the duel, but Rebeca justified herself by saying that she was out of respect for her father.

“Another day. My dad would give him a heart attack if he sees me doing that.” The host of the show block replied as she helped the EEG presenter to get up from the floor after performing the fun choreography.

Johanna San Miguel was on the morning show.

Johanna San Miguel remembered a phrase from “Queca” in “Yo soy”. (Image: Latin)

New Porsche 911 Sport Classic: Back to the future