John Cena May Be Secret Donor to Shad Gaspard’s GoFundMe

Someone donated $40,000 to the family of the late WWE star Shad Gaspard … and it’s looking like the secret donor is none other than John Cena.

The family created a GoFundMe account for funeral and other expenses … this after Shad tragically died last weekend off the Venice Beach shore. Lifeguards swam out to rescue Shad but he implored them to get his 10-year-old son first. They did, but when they came back Shad was gone — swept out to sea. His body was found 3 days later. 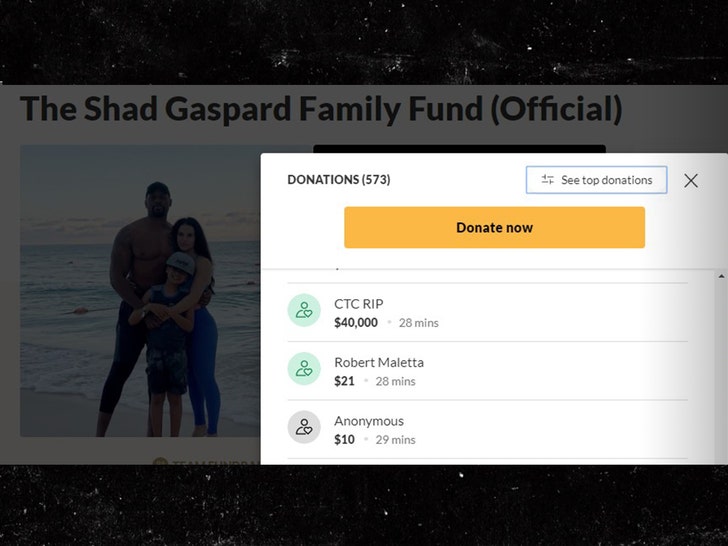 Someone pledged a whopping $40,000. As for who, the person’s identity was recorded as “CTC RIP.”

Now the clues …  CTC — Cryme Tyme Cenation — was a wrestling tag team comprised of Cena, Shad and JTG back in 2008. Cryme Tyme had existed before, but Cena joined — though only for a short time. He suffered an injured early on and ended up dropping out, leaving Shad and JTG to continue their insanely popular tag team.

We’re also told John and was extremely close to Shad and had commented to various people last week he wanted to do something for the family.

Now check out the photo John just posted … a car with the letter CTC emblazoned on the smashed whip. It looks like Cena and Shad are spray painting the car. The pic is clearly from a match … you see fans all around.

BTW … the amount raised so far is north of $100,000. Other wrestlers, including Chris Jericho, Tony Khan, Cody and Brandi Rhodes have contributed money.

what dosage of vitamin D is recommended for Covid-19?