LA PLATA.- The natural successor of Jorge Ferraresi in Avellaneda, Alejo Chornobroff, Chief of Cabinet of the municipality, who headed the list of councilors of the Frente de Todos in the last elections, was denounced for sexual harassment by a woman who was a militant with him. Samanta Rojas, ex-soldier of New Encounter, assured that he made two complaints against the official nominated to be in charge of the Executive Branch of Avellaneda.

“The complaint exists. There are more cases that were not reported out of fear,” said the Avellaneda leader. Luis Otero (Together for Change).


“Every time I went to his office he would jump on me. He wanted to touch me. He sent me messages with insinuations. Then, when I move because of all the inconvenience I had, this boy starts a chase to my house in Longchamps. . He spies on me with the cameras, he chases me with the local police. He uses the means and the power he has to persecute me and not leave me alone. He does not let me study. He even said not to make the complaint, “said the woman, who claimed to have made two complaints.

According to what he reported, one of the complaints was made in the Court of Guarantees 9 of Avellaneda. That court was in charge of the judge Luis Carzoglio, now in use of license, awaiting an oral debate in a jury for his performance.

Another, in court 6 of Lomas de Zamora. “Despite the complaints, nothing happened to the harasser,” the complainant complained. The alleged event occurred when Chornobroff was serving as Secretary of Youth and was emerging as a candidate for the first councilor of Unidad Ciudadana.

“First I made a complaint in Avellaneda -said Rojas-. Then in Burzaco, Lomas. In Lomas, the truth is that unfortunately one of the complaints falls on Familia. It is something strange. Because everything stops in Lomas, because when it falls on Familia already it is not drawn. Then the entire complaint and the perimeter and everything that was requested came to nothing. “

“Even,” he said, “when they take the statement from me (it was quite an event, they didn’t want to take the complaint, I had to call 114 to let me make it) they revictimize me all the time. Telling everything and not telling you believe it is horrible, “complained Rojas, who also pointed against Ferraresi for not having acted in the face of the situation. 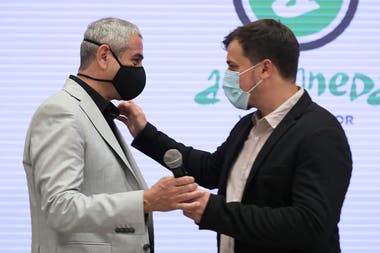 The complainant assured that there are other women who were also victims of the same official.

Chornobroff, 29, spoke today with Radio Provincia. He did not respond to the accusation. Only story that on Thursday Feraresi informed him that he would be in charge of the municipal Executive power.

From the local municipality it was reported: “That case never prospered. It had more media development than judicial development. Evidence was never provided. The testimonies were never verified. And it was archived.”

Spokesmen for the Avellaneda press office said: “The complaint is not serious, that’s why it never advanced. And it was filed without a single testimony. Not a single piece of evidence.”

Iota: the thirtieth storm of the season

Products that are not toxic for everyone?