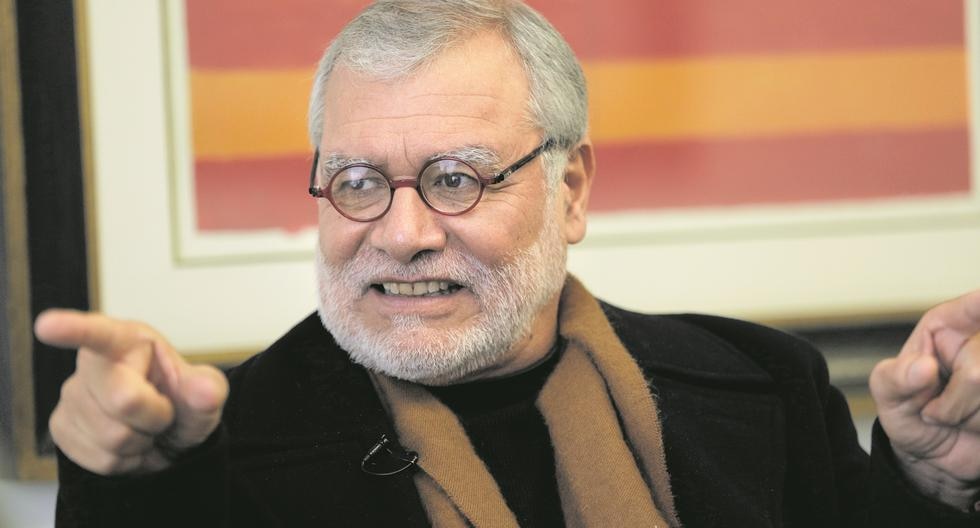 —Iván Meini says he suspects that the prosecution has much more information than we know, or the one that has been leaked, based on the effective collaboration of Bruno Pacheco. Do you agree?

There is an indicative fact that proves Iván Meini right: for the arrest warrant for Pacheco to have been changed for an appearance, it means that the Public Ministry effectively has valuable information that we do not know. It does seem to me that we are going to have at some point, when the process progresses further, some surprises with the information that the prosecution has received.

What is being said about Juan Silva regarding his offer of wanting to appear is absolutely incoherent, because he says: “I have not committed any crime, but if it is proven that I have, then I will speak.” How is that? Either he acknowledges that he committed a crime, or he didn’t. It does not seem to me that Silva is an important piece in this chess game, and I think that with what the Public Ministry has been collecting over these weeks he has enough.

—The president made a pretense of not going to testify to the prosecutor’s office, and in the end he did, with a laptop included, but he didn’t say anything. Is it an elaborate strategy or an improvisation?

The defense strategy that he has assumed from the beginning is very revealing, because it would indicate that he has many things to hide and that he is not sure of what he calls his truth. When one goes to a summons from the Public Prosecutor’s Office and relies on silence, basically what one is saying is: “I want to wait for the investigation to progress, for others to come and testify to see what they say about me and, depending on that, see how I accommodate my defense”. He shows the fustan, his strategy reveals that there are serious questions that the president cannot answer.

MIRA: Hannibal, hold on a little while! A chronicle by Fernando Vivas on the cabinet

—Almost a year ago, at the beginning of the government, you commented on these pages: “So much tolerance of the president to Cerrón is not understood”. The problem seemed to be the manipulation of Castillo. Today nobody remembers Los Dinámicos, but also the role of the president is different.

We have gone from the hypothesis of the useful idiot president manipulated by a dark character who had sheltered him in his party to the thesis that he is the head of a criminal organization entrenched in power. In this theory of circumstantial evidence, there are multiple elements that point to Castillo being personally involved in these events. Now we can look back, from when Sarratea’s house was discovered –he said that he only went to have coffee with the owner’s mother–, to what we know today. There is no longer any doubt that Castillo is a conscious and participatory actor in the acts of corruption, it is not that he was surprised by his adviser or the secretary or his friend from school, but rather that he put them there, defended them as far as he could and then he has released them when the pressure was unbearable.

—It has also changed what was thought about appointments. They weren’t just mistakes, then.

There we have gone on to the hypothesis that he specifically chose those people to come in to steal or dismantle institutions, and put the State in the complex situation in which it is. We went from ‘cuoteo’ or payment of favors to the structuring of an entrenched criminal network. Look at what has happened in the intelligence agencies or the Ministry of the Interior. It is incomparable with what Montesinos did, but the logic is similar, only low class, with people of little capacity and inventiveness. It is about co-opting the State to put it at the service of the interests of those who want to have a booty.

—We have reached a curious moment: this crisis could be resolved not by Congress or the streets, but by a group of prosecutors and judges.

At this moment, who defends the minimum democratic standards is the Public Ministry, with the Judiciary next to it. That is why in most countries where there have been kleptocracies these entities are immediately captured. This has not happened here, and they are now the last redoubt for results to begin to appear.

—Aníbal Torres, the still prime minister, was sued by you and other lawyers before the Lima Bar Association. Is some type of sanction possible and realistic?

There is a code of ethics that establishes the parameters of our professional practice. Torres, who in addition to being a lawyer has been a dean, crosses the border and begins to contradict with his actions what our code of ethics imposes on us. What he did with former prosecutor Daniel Soria, dismissing him without trial, is an arbitrary act and a normative violation. He did a similar thing with a PCM official, Ximena Pinto, who denounced that she was fired because she tried to balance the allocation of resources for the press. A person who lies, breaks the law and acts arbitrarily has to be disciplined by his guild; politically and penally there will be other consequences.

—Did they keep him in office to be a shock force against the opposition and even against the media?

It is a government battering ram to lash out when deemed necessary. But I think it is more an expression of the low level, this government has shown that it cannot summon capable people. Torres “dazzled” because he has had positions and a doctorate, but when he went out to practice politics he was a walking disaster.

four million people to be vaccinated against measles and yellow fever

Named the main differences between turning off and restarting the smartphone