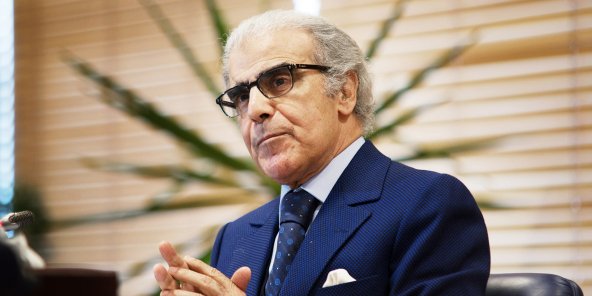 Lhe market consensus continues to expect Bank Al-Maghrib’s key rate to remain at 1.5% on 22 June. The dominant idea is that inflation is temporary and imported and that the Wali of Bank Al-Maghrib, Abdellatif Jouahri, would not mark the end of his accommodating policy for a phenomenon that would not be sustainable. But recent elements have somewhat sown doubt in the trading rooms. Internally, we will mainly note the significant increase in fiduciary circulation, which reinforces an already strong trend that began in 2020 with the health crisis.

The transformation of«amas» bank deposits in cash, which is evaporating in nature, is of particular concern to the sector, and a slight increase in the key rate would make it possible to improve the remuneration of bank deposits and limit this flight of cash. Precisely, the other blinker, dear to the wali of Bank Al-Maghrib, is that of the remuneration of long-term savings. The inflationary climate destroys these savings for future generations with largely negative real returns. So what will the Central Bank do in June?

Arguments for maintaining the key rate

Rather, we are listing arguments against raising the key rate. Because keeping the key rate unchanged will first be a way for the central bank to give a signal that inflation is unsustainable and to reinforce the thesis of a transitory phenomenon. In addition, raising the key rate will make credit more expensive, especially equipment credit and real estate credit, which will curb an economic recovery that has already been weakened by the international situation. The increase in debt will also be observed by the Treasury, which will immediately borrow more expensively in the short term.

Raising the key rate will affect the deposit rates at which banks remunerate term deposits. This in order to absorb, in part, the haemorrhage of cash in the economy. The other element in favor of the increase in the key rate is to better remunerate institutional savings, which have posted negative returns since the start of the year due to inflation. Inflation which, precisely, by a rise in the central bank’s main rate could be partly curbed. An argument that is far from consensus among analysts, who believe that inflation remains imported and that its monetary component is limited. This is evidenced by credit which is already evolving very timidly.

For CDG Capital Research, it is more likely that the Board of Bank Al-Maghrib will keep the key rate unchanged at 1.5% at its next Board meeting, and this “given the origin of inflationary pressures, in particular imports and fresh food, thus limiting the effect of restrictive monetary policy action on inflation control and post-covid-19 crisis recovery conditions, which remain fragile and surrounded by uncertainties”.

The cards in play

For CDG Capital Insight, four major facts characterize the behavior of the monetary, financial and real spheres of the national economy, since the holding of the last Bank Al-Maghrib Board meeting in March 2022: • A widening of the liquidity deficit of the banking sector under the effect of a decline in official reserve assets combined with a strong increase in fiduciary money; • A sharp upward slippage in inflation and underlying inflation at historically high levels. However, these inflationary pressures emanate from the imported component and from a supply shock on fresh food, with slowing household demand and an increase in consumer credit well below historical levels. • A still incomplete transmission of the two reductions in the 2020 key rate to certain lending rates, particularly those associated with household equipment and consumer loans, with a weak recovery in loans to non-financial companies, particularly those intended for the ‘equipment. • A sharp expected slowdown in economic growth in 2022 under the effect of an expected significant drop in agricultural GDP as a result of the poor progress of the 2021-2022 agricultural campaign and a slight decline in non-agricultural growth, taking into account the sharp rise in the prices of raw materials, semi-finished products and energy combined with the dissipation of the base effect generated by the covid-19 crisis in 2021.

This is the cause of the “A” whistle.

March. The photo of a rock in balance, taken by the Perseverance rover, intrigues Internet users