Ivan Safronov, an expert defense journalist who worked for prestigious Russian newspapers such as Kommersant and Vedomosti and who was now an adviser to Roskosmos, the Russian space agency, was arrested today in Moscow by agents of the Russian Federal Security Service ( FSB or old KGB), accusing him of “high treason” for alleged espionage on behalf of NATO, crime that could carry him between 12 years and 20 years in prison.

Safrónov, 30 years old, was immediately taken to the Lefórtovo court in the Russian capital, for which the FSB requested his preventive imprisonment until the trial, a request that has been satisfied because the court has decided to send him to prison for two months. . The interrogation was held behind closed doors without his lawyers even being able to be present and, according to police sources cited by the TASS agency, he pleaded not guilty and refused to make statements under his constitutional right not to testify against himself. The formal accusation will be made within the next 10 days, said the same sources consulted by TASS. Lawyers later specified that the charges could be filed as early as Monday.

Meanwhile, in Moscow’s Lubianka Square, opposite the historic KGB building, which is now the FSB headquarters, numerous colleagues from Safrónov and other journalists were protesting his release. Some of the participants in the protest action were also arrested.

Safrónov’s apartment and office were today searched by FSB forces and he was detained at the entrance to the building. Some media, such as the Moscow radio Eco, quickly became aware of what happened and began to broadcast it. Shortly thereafter, the arrest was confirmed by the Roskosmos management, where the journalist began working in May. The director of the space agency, Dmitri Rogozin, assured that, while working in his service, Safrónov did not have access to classified information.

The FSB later released a note stating that Safronov, on the instructions of a special NATO department, “collected and transmitted to his contact – in the Alliance – information on technical-military cooperation, arms sales, defense and security of Russia ».

Safrónov wrote for 10 years for Kommersant, from where he came out after the scandal that was formed by an article of his assuring that the president of the Federation Council (Upper House of the Russian Parliament) had fallen out of favor and was going to be defeated or she would be the one would present the resignation. Last year, it had released material that raised controversy for revealing the details of a contract to sell 20 Sujoi-35 fighter jets to Egypt.

He then went to work in Védomosti, but, in May, after being appointed as the new editor of the newspaper, Andréi Shmarov, he went to Roskosmos. Speaking to Echo of Moscow, the Russian jurist, Iván Pávlov, said that it is difficult to establish a clear line between what is the work of a journalist and the revelation of state secrets. In addition, if the trial takes place behind closed doors, as everything seems to indicate, there will be no transparency, which will facilitate the rigging of evidence.

The Kommersant newsroom today expressed its support for its former employee, whom they consider “one of the best journalists” in the country. Safronov’s former colleagues, who wrote on all kinds of subjects, but especially on defense and space, consider him a “patriot” and the charge of high treason “absurd.” 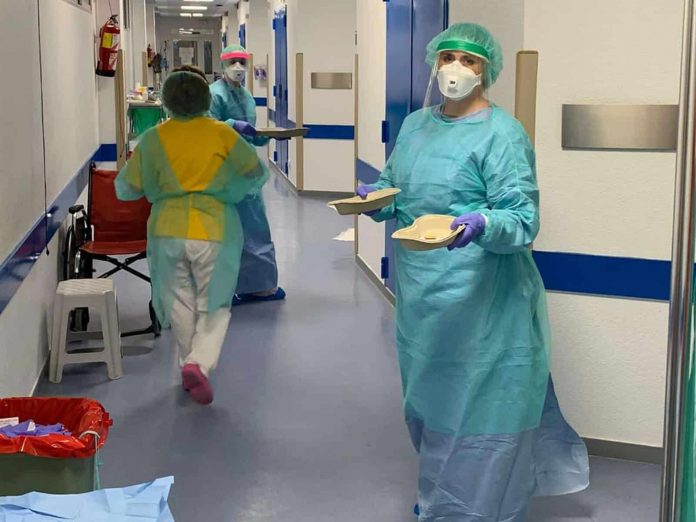