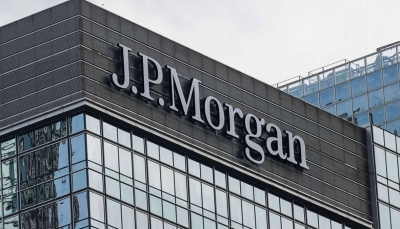 JPMorgan expects a price drop Bitcoin to $25,000, according to Bloomberg.

According to analysts at investment bank JPMorgan, the reason for the drop in cryptocurrency prices may be the sale of shares of the Grayscale Bitcoin Trust after a six-month ban period.

The prospect of lowering emergency stimulus, amid the recovery from the pandemic, has emerged as a potential obstacle to most speculative investment.

Bitcoin halved from a high of near $65,000 in April, weighed down by clampdowns on the cryptocurrency in China, which has led to tighter regulatory controls elsewhere, and fears that servers backing the virtual currency are consuming too much power.

The negative outlook is still valid, although the price returned to the level of $34,000 after the collapse to $28.8 thousand.

“Despite the recovery last week, we do not want to abandon our negative view of the bitcoin and cryptocurrency markets in general,” the bank said in a statement.

Analysts at JPMorgan conducted an earlier survey and found that some successful investors are comparing cryptocurrencies to “rat poison.” In addition, market participants expect regulators to tighten procedures regarding alternative payment methods. The Morgan & Chase team wrote the near-term forecast “difficult,” while the JPMorgan team said that blockchain data indicated that recent cryptocurrency sales were made to cover losses.

Strategists are struggling to see a turnaround in the future for Bitcoin, as the digital currency hovers around the $30,000 level.

Some chart watchers see the $30K level as the key to Bitcoin, as a drop below it could open the way for a pullback to $20,000.

The largest cryptocurrency fell by 6% to $ 30,296, yesterday (Saturday), after falling by almost 8% on Friday, and other currencies came under pressure, with Ether falling more than 5%.