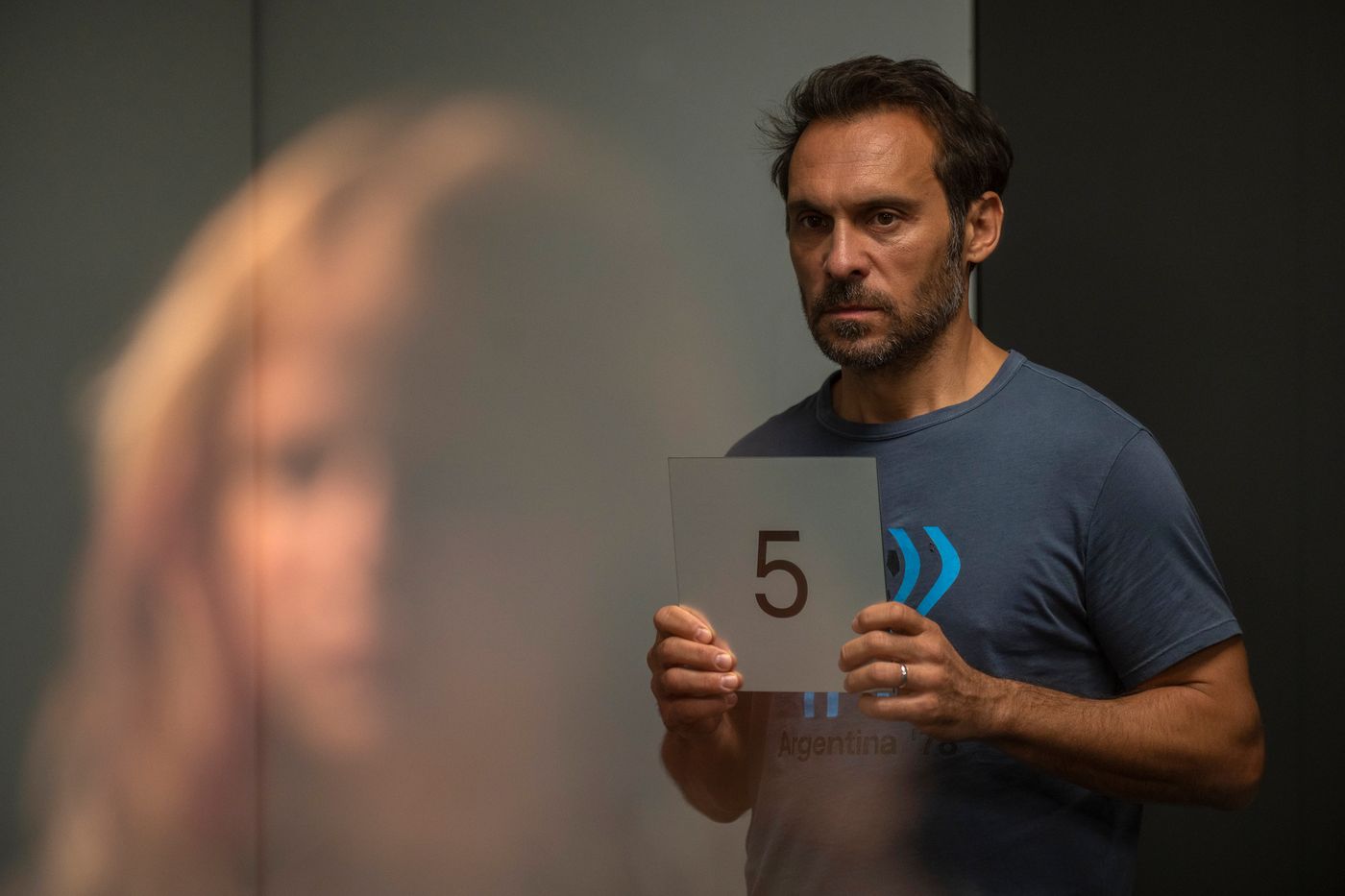 Augusto Santini, financial director of a pharmaceutical laboratory, is arrested by the Versailles SRPJ. He is suspected of being the sexual predator who ran over the father of a teenage girl he was trying to kidnap three years earlier in a parking lot. The girl claims to recognize him and, when the police release him for lack of evidence, she posts an accusing video that quickly goes viral. Augusto Santini, his wife and his college son become the target of a surge of online hatred with dramatic repercussions on their private and professional lives.

Adapted from the novel Is this how men judge? by Mathieu Menegaux (Grasset), the telefilm directed by Lou Jeunet maintains a certain vagueness on the guilt of the character impeccably interpreted by Yannick Choirat. This father is a secret man who has things to hide. Its roughness introduces a certain tension into the story but hinders empathy. If the demonstration of the harmfulness of social networks proves relentless, it is difficult to be moved by the fate of this family.

The word of the victims, that of the “haters”

To this somewhat smooth TV movie, the documentary Anger networks, scheduled for 10:40 p.m., provides a welcome perspective. Attempting to analyze the origin and mechanisms of online violence, Hélène Lam Trong confronts the words of victims with those of haters, who spread their venom to serve their “cause”: denouncing police violence, far-right ideas, conspirators …

Former war reporter and hostage in Syria Nicolas Hénin testifies to the «Tsunami de haine» which followed his report of a tweet from the father of a Bataclan victim calling for the killing of jihadist children. With his complaint against Twitter, he points to the responsibility of platforms that hide behind freedom of expression to justify their inaction. Will the Gafa ever be held to account?