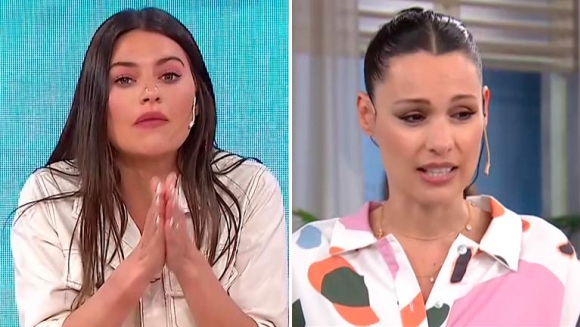 This Thursday it was confirmed that both Pampita as Roberto Garcia Moritan they got Covid-19 and a controversy broke out because the model did not comply with the expected isolation regarding trips abroad. In Informed of everything, Horacio Cabak undertook strong against the model and Sofia “Jujuy” Jiménez came in his defense, alluding that “she is human and can be wrong.”

“When you left the country, youThey said that when you came back you had to isolate yourself. So, when you came back from abroad and got engaged, and you didn’t, you can’t say ‘it was due to ignorance, I didn’t know, I was wrong, I lived in a city, but now I’m in a province’. Everyone already knows what to do, “said Cabak, disapproving of the model’s behavior.

“Perhaps she trusted that she had done well, that things had been done well,” Jujuy justified her. “But, Sofi, it doesn’t matter if you trust that you took care of yourself. What matters is that you have to stay at home. Even if you have been to a desert island, you have to arrive and eat a week at home. On Pampita’s birthday he was with a lot of people, so you can’t depend on the criterion of ‘I feel good and that’s why I went out to a party,’ “the driver replied.

“She is human, she can also be wrong. They are not going to crucify Pampita either. What happens to her happens to a lot of people, please “

“She is human, she can also be wrong. They are not going to crucify Pampita either. What happens to her happens to a lot of people, please, “insisted the co-host. “It is not about crucifying her. If she had been isolated at home, everything would have remained in her intimate environment. She went out, received people, would have been at a wake, would have gone to a meeting or meeting in a hotel, the father of his children and his partner would have been in contact with the boys and all for not having respected the protocol, “added Cabak.

The co-host was not resigned and outlined a new defense of the model. “Perhaps she considered that with her negative PCR she could lead a normal life. I think it is important to know that this will continue, the virus will continue to exist. She had the PCR done and she was calm because it was negative ”, he highlighted.

This week, Jiménez starred in a controversy with workers America TV when images of her crowded birthday celebration were broadcast in a Pinamar parador and she had to go out to clarify the scores.