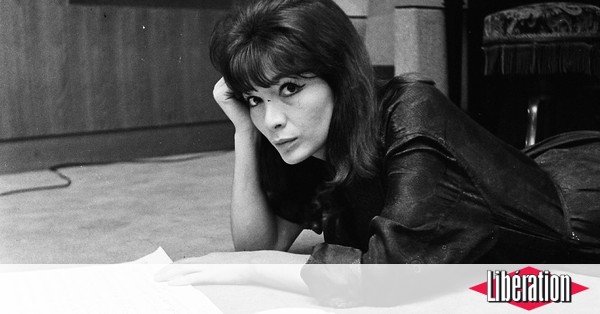 In Japan, the “song”, it’s the French song from the 50s to the 80s. And in the “song” bin of second-hand vinyl record stores in the crazy district of Shibuya in Tokyo, you can easily find Gréco, edited especially for its visit to Japan in 1983 , older or newer. Juliette Gréco was an icon in Japan, thanks to enthusiasts like the critic, producer and translator Tatsuji Nagataki. “For the Japanese too, he is the great muse of French song because it arrived just after the war. The Japanese were still very poor. During the war, foreign culture was forbidden and, after the war, all the Japanese were thirsty for culture and there Juliette Gréco arrived, and it rained ”, tell to Release the one who also accompanied Gainsbourg or Yves Simon in Japan.

“Gréco was Sartre’s friend, that positioned her from the start”

In about sixty years, her friend Gréco has experienced several periods in the Archipelago. “She initially appealed to intellectuals, because she was a friend of Jean-Paul Sartre, it positioned her from the start. He was the idol of literature, she the idol of song. She sang songs that evoke France and Paris. American culture arrived at the same time, but it was baseball, Coca-Cola, it was not what Japanese intellectuals expected. “

Read also Death of Juliette Gréco: there is no more after

Its Japanese audience did not stop at the elite, however. She became a radio star before her elegance was discovered on television, appearances that octogenarians can easily remember. Under the Paris sky, the Fallen leaves are the great classics that all the “songfriends” of Japan sing regularly, but “If the general public knew her first with these songs, in the 70s, in my many radio shows, I presented her other songs, different, like Undress me, which is an amazing song. It shows that Gréco was not an ordinary singer, she was a singer who dares ”, son the Nagataki line. Gréco, it was also the embodiment of the woman in her best, “She was elegant, classy, ​​Parisian class, like Catherine Deneuve”.

“She wanted to hit them to wake them up”

Until 2014, Juliette Gréco made several tours in Japanese lands. “This great lady filled the public with enthusiasm”, Nagataki remembers, explaining this mysterious Japan to him in return. Because she first had to understand it, this Japanese audience. “When she first came in concert here, she wanted to hit the audience, because they weren’t reacting fast enough. There were even two or three people in the front row who seemed to be sleeping. She was furious. She wanted to hit them to wake them up. But then she understood that the Japanese, when they listen attentively, close their eyes. ”

Then it was only packed halls and ovations. Gréco was in Tokyo on October 23, 2004 when, in the middle of a recital, the earth shook in the region of Niigata, tremors felt in the middle of a concert at Orchard Hall in Bunkamura. Then she returned again in 2009 and 2011 in the same room, only three months after the tsunami of March 11 and the nuclear accident of Fukushima. A gesture immensely appreciated while in the eyes of the world Japan was synonymous with danger. Even if the younger generations do not know her, Thursday, Juliette Gréco was greeted by all the Japanese press.