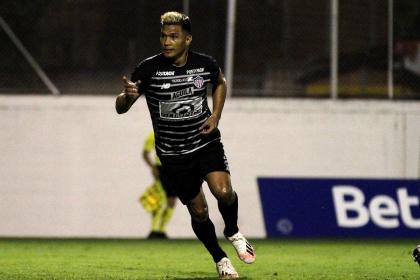 With the Colombian tournament over, the different clubs have begun to assess their payroll and from there to find possible reinforcements or even sales that allow them to take a leap in quality.

The Junior de Barranquilla, for example, is waiting to define the contractual situations of its great figures: Miguel Ángel Borja and Teófilo Gutiérrez. The latter still does not close its renewal.

In dialogue with ‘Habla Deportes’, the baranquillero forward said that the differences with the managers do not go through an economic issue, since his greatest desire is to be champion again with the club.

“The most important thing is that at the end of each season, the fan cries with happiness for winning a title. I have no problem with that. If they tell me ‘put this shirt on’, I will put it on at the end of the season after the fan pays me with love, I play for free at any club. More in the Junior because it is mine. That has no value, it has no price, ”he said.

Even the journalist Juan Salvador Bárcena asked him directly if the money influences his contract renewal or not, something to which Teo responded with a resounding NO.

“For me the most valuable thing is to be able to inaugurate the Window to the World by going around with my team, my colleagues, the directors and my children. That’s the most beautiful thing for a player, ”he said.

Finally, he gave his impressions regarding the possible continuity in the rojiblanco team: “The issue of renewal does not take away my sleep because I am happy, because I know that if we agree to the end of the season we will be happy, crying , laughing and giving the tenth to the fans who deserve it ”.

🇦🇹 “After the fan pays me with love, I play for free.”

👉 “It is not the money, for me the valuable thing is to inaugurate the Window of Champions by turning around by the tenth”.