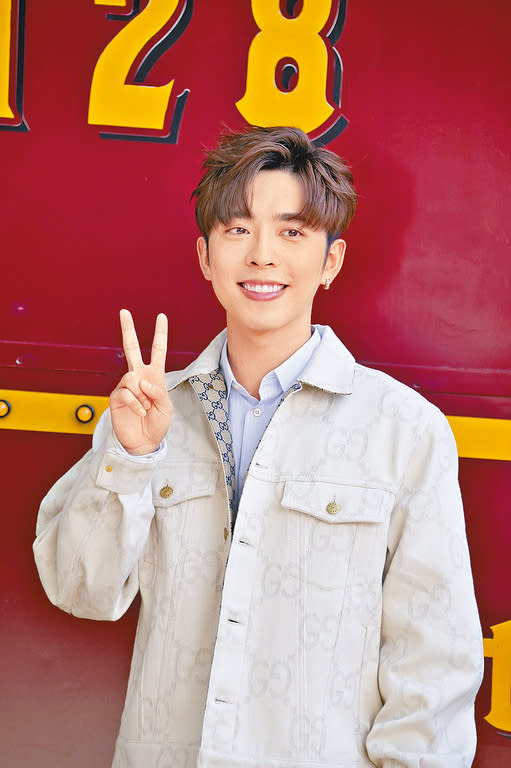 [Sing Tao Daily report]Wu Junru, Zheng Zhongji, Lu Juean (Edan) attended the launch ceremony of the tram parade of the movie “Hot Family” yesterday, attracting thousands of fans to the scene. During the parade, people waved to passers-by from time to time. When other trams passed them, the passengers on the train extended their hands to greet them, and some fans rammed across the road and forced them to take pictures on the road. Originally, the tram parade ended in Causeway Bay, but due to the large number of onlookers, the event finally changed to Happy Valley Terminus to get off the train.Text: Huang Peili Photo: Luo Anqiang

Yesterday, Junru’s husband, Chen Kexin, also showed up to support her with her daughter. The police blocked the road and maintained order at the scene. When the tram pulled out of the depot, fans along the way screamed wildly. Affected by the fifth wave of the epidemic, “Hot Family” moved from the Lunar New Year to the summer vacation. Jun Ru expressed that he was very happy to finally be released. He did not expect the world to be so crazy. He laughed and said that after making New Year’s films for decades, it was also the first time in the summer vacation. The Lunar New Year movie was released. Although there were many hot movies in the summer vacation, Jun Ru pointed out that the most powerful movie was “Hall”, “We have Zhongji and Edan, and we have to lose. If it’s a big hit, please go to Japan! This set is purely a Hong Kong-produced film, with government funding, and many people’s remuneration is well received.” Zheng Zhongji laughed and pointed out that he received the most, so he was confident that “Close” films would be fine. Charge a lot.

Speaking of the early summer vacation due to the epidemic, Jun Ru revealed that a family of three went to Thailand to travel and visit relatives for two months, and took the opportunity to relax. Zhongji also hopes to travel to Japan with a family of four, but does not want to join a group. “I have been with a group before, and I can’t get up. It seems that I am struggling to get around.” He also said that after the filming of the new drama “Four When Dead Dead” After “Fourteen”, I will prepare for the Taiwan concert at the end of the year, first of all to reduce my belly and then exercise my muscles.

As for Edan, he said that he had not attended public events for a long time. He was worried that it would rain. Fortunately, the weather was beautiful and he had a good start. There are 100 concert tickets, but I don’t know how many tickets there are. Jun Ruxiao said that the MIRROR 12 sons knew Edan and Jer (Liu Yingting), and there were 200 tickets for each 100 tickets. He also said that he had joined the official fan club and joke club. Become a big ticket holder for MIRROR concerts.

■ Jun Ru was kicked by Edan and asked for 100 MIRROR concerts to fly.

■Edan is very happy to have so many fans supporting the new drama.

■During the period, some fans rammed across the road, and even forced them to take pictures on the road, which was very dangerous.

■Other tram passengers extend their hands to greet the crowd.

■Everyone put the finishing touches on the lions.

■The release of “Hot Family” has twists and turns, and finally entered the summer vacation schedule.

■When the tram left the depot, fans along the way screamed wildly.

■All the actors of “Hot Family” appeared at the launching ceremony of the tram parade.